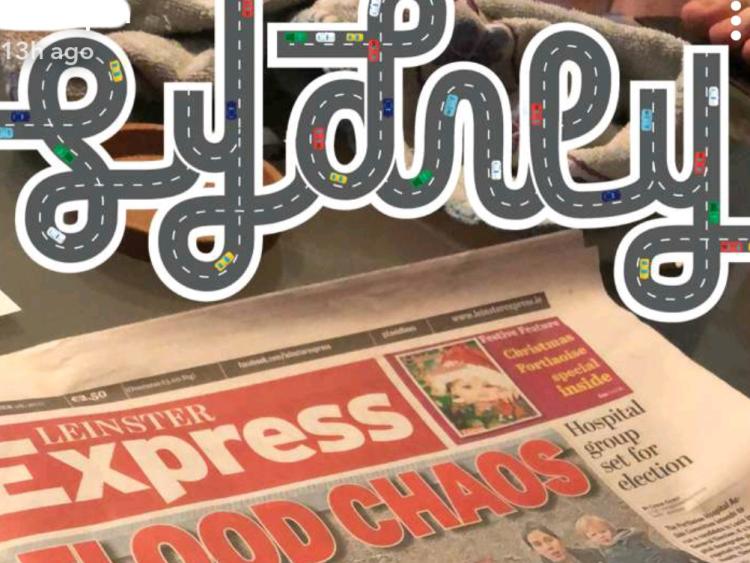 A couple of Laois lads who moved to Sydney, Austrailia in search of pastures new during the year haven't been able to leave one piece of home behind.

Eoin Kelly and Cillian Callaly from Derrylamogue and PJ Fitzpatrick from Rosenallis left Ireland for the sandy beaches of Sydney a couple of months ago.

When floods hit in the nearby town of Mountmellick, where the lads would know many people, they just had to get their hands on the Leinster Express newspaper to keep up to date with all of the news and pictures showing the flooding that happened.

Of course the paper they received dated Tuesday, November 28 was full of stories from their homeland including updates on Portlaoise Hospital as well as all of the sports coverage they have often featured in themselves.

It is good to see that the need for a local newspaper is still very much alive in the hearts of Laois people worldwide, at home and abroad.

Perhaps you know someone who has moved away who might like a copy of the latest Leinster Express to remind them of home?

Thanks to Eoin Kelly sending this picture from Snapchat with the Sydney geofilter.

Have you sent or received the Leinster Express abroad? Let us know if you have! 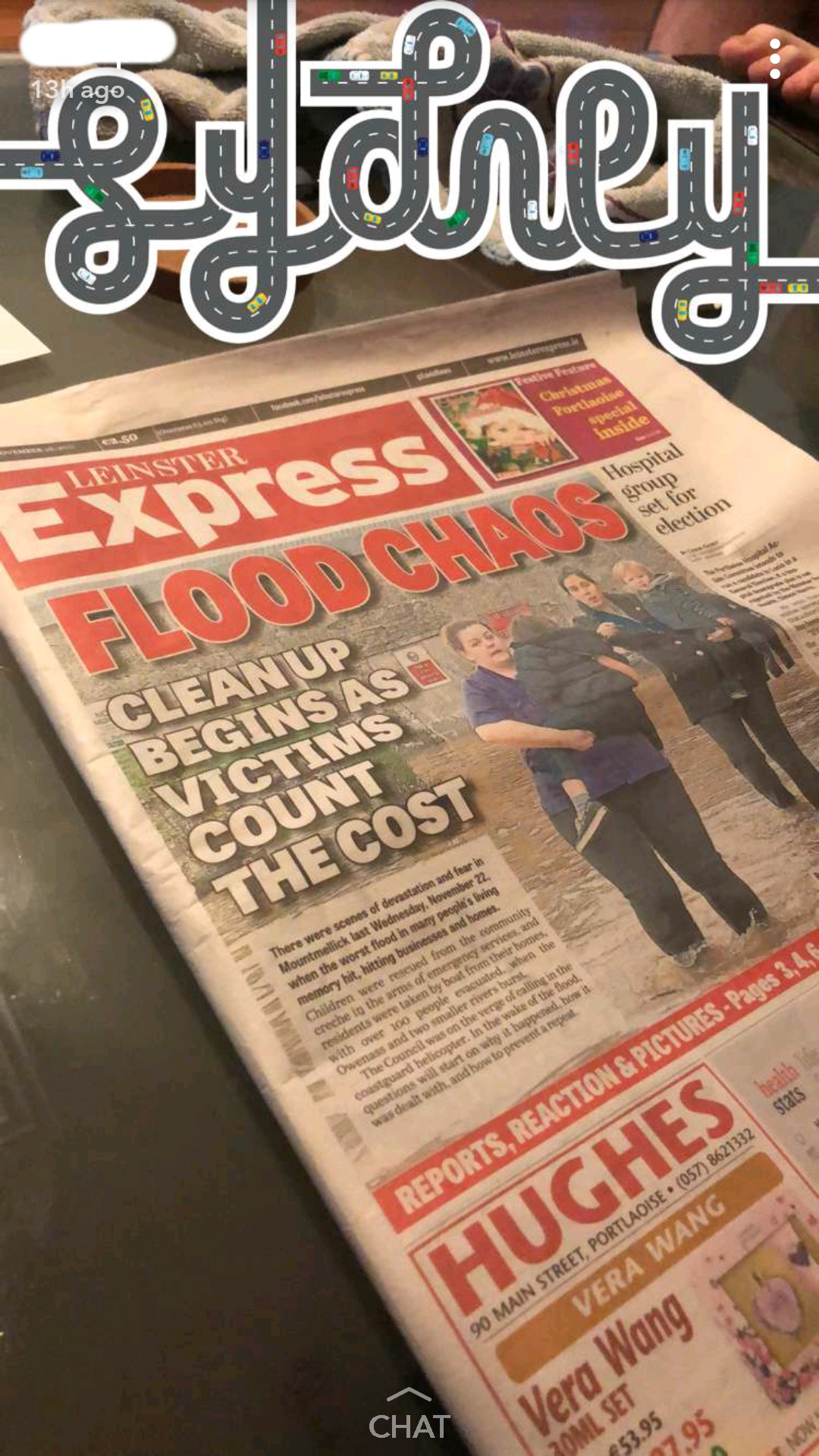 Government promise that could have helped Mountmellick during floods not yet delivered on.