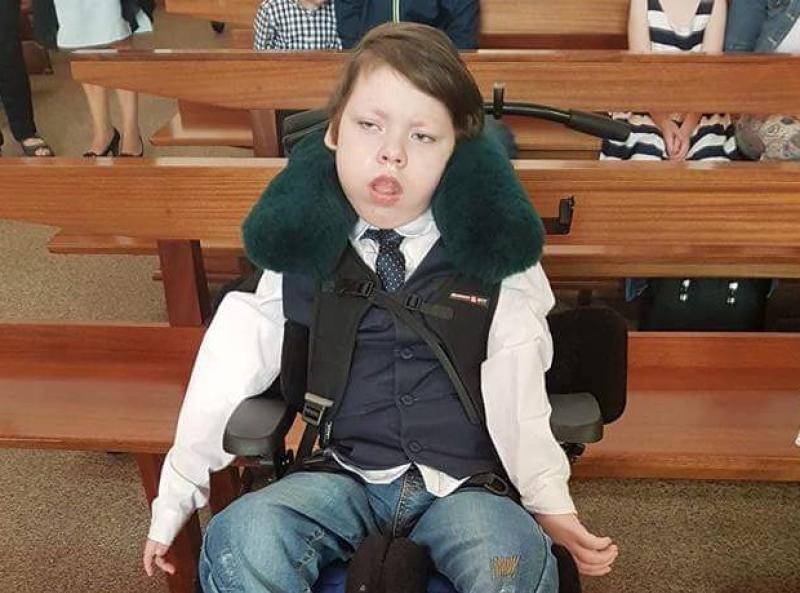 Following a request for prayers for the recovery of sick young Mountmellick boy last Thursday January 4, there is good news today Monday January 8.

His little brother Jake had the same condition but sadly passed away aged 2 in 2016.

Ben is lovingly cared for at home by his parents Nicolette and Terence, and a team of nurses. He took a turn for the worst last week when a tummy virus caused a 'status dystonicus episode'.

He was admitted to Portlaoise hospital on January 3, with prayers requested for his recovery.

On Friday the news came that Ben was out of danger, and last night Sunday January 8, a further announcement came that he was safely back home after being discharged from Portlaoise hospital.

"He was released from hospital late on Friday evening & we are beyond relieved. He has an appointment in Temple Street tomorrow. We truly believe in the power of positive prayer & vibes. Yours have been so welcome. Once again, thank you. It feels good to know you are with us on this journey. X".

A wheelchair accessible house is being built in Mountmellick in the name of Ben and Jake, and needs a final push of public donations to see it completed, so that Ben be able to move into it with his family. In time it will be made available to other families of seriously ill children.

Anger in Laois as stones thrown at cars