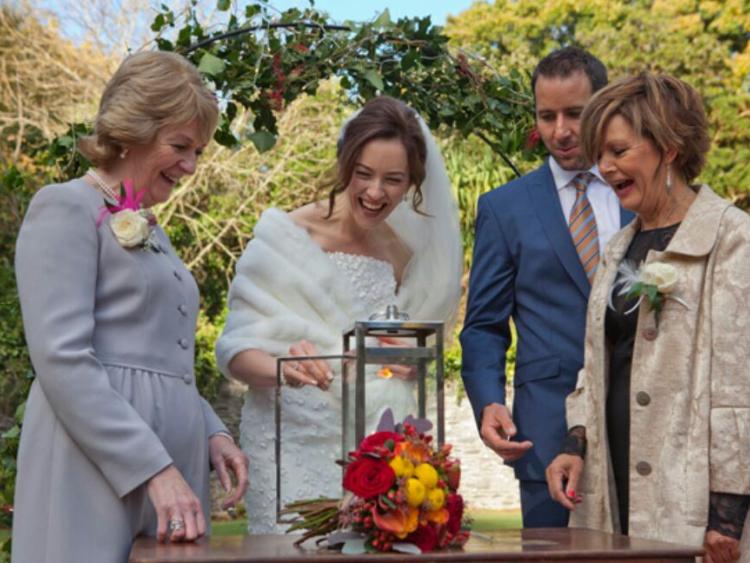 A second generation Laois business has been nominated for the Irish Wedding Awards in the Outstanding Supplier Category.

Yvonne’s Florist in Mountmellick was taken over by Yvonne Duffy when her mother passed away in 2006.

Yvonne said that she is thrilled to be nominated in such an exceptional category.

"Many local people will have known my wonderful mother Patricia, Pat as she was fondly known, who established the business in the early 1990's and her father before her was a garden enthusiast. So I feel it really was in my genes.

"I'm very grateful to be doing a job that I love, bringing me to some of the most fantastic venues not only in Laois and the midlands but all over the country.

"Floristry is not only putting flowers together but an ever evolving art form. Especially weddings where you work so closely with your couples to express themselves on their big day.

"To be nominated as outstanding wedding supplier of the year in Ireland really has been the highlight of my career and a true sign that my couples are the best in the country.

“We make friends with the couples and they come back to us, they are in and out then after the weddings,” she said.

Yvonne covers many occasions including weddings, she deals with local couples and couples who are coming home to get married.

“We do weddings for couples and sometimes I don’t meet them until the morning of the wedding or don’t meet them at all until after. People are coming home to get married and they send pictures of what they want through email, it can all be done through email that’s how it works,” Yvonne explained.

The florist was opened in The Square in Mountmellick in 1994 by Yvonne’s mother and is now situated on Emmet Street and Yvonne’s daughters work in the family business.

“We are kept going, we specialise in weddings but we also do different occasions and funerals,” she said.

The Irish Wedding Awards will take place on January 28 at The Crowne Plaza, Dublin.

The glamorous black tie event is the second annual Irish Wedding Awards, aiming to celebrate the hard work of the best professionals and establishments in the Irish wedding industry.

Thousands of nominations were received from the public and the full list of finalists has now been compiled.

Nicole McEwan is the Campaign Manager for Creative Oceanic.

“We are delighted to see so many people getting involved in The 2nd Irish Wedding Awards. We have had a fantastic response from the public over the last year at the first ceremony and we are looking forward to welcoming and acknowledging the most dedicated and successful individuals and establishments in a celebration of their tireless work. We would like to wish all the finalists the best of luck," she said.

Read more: Smart Brides Portlaoise is a finalist in the Irish Wedding Awards.