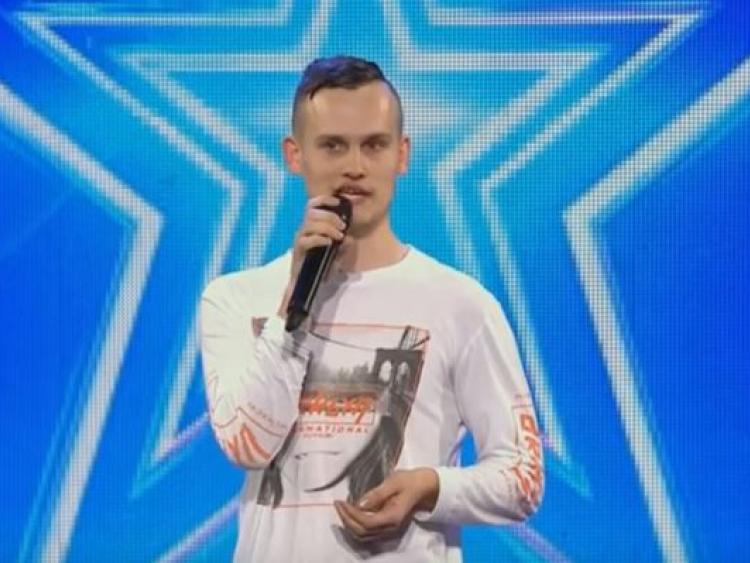 A young Laois man was on television screens across the country last weekend when his audition on Ireland’s Got Talent aired on TV3.

Steven Kelly (25) originally from Spink, Co Laois who now lives in Mountmellick, has said he is disappointed with the way his audition on Ireland’s Got Talent was edited for television but he is still glad he took part.

The singer, who goes by the stage name Stevie James Kelly, got through a number of stages to appear on the television screening of Ireland’s Got Talent after sending in the application three months ago.

Steven told the Leinster Express that he wanted to sing a song called Supermarket Flowers by Ed Sheeran but it was not cleared for television so he sang Change is Gonna Come by Sam Cooke instead.

“My voice is more suited to songs by artists like Ed Sheeran or Sam Smith but I had to sing a song cleared for television.

“They gave me a ‘No’ and told me to work on my confidence. Louis Walsh complimented my personality.

“The editing made it look like I just showed up and walked on stage but I had to go through different stages to get there and I was talking to the judges for longer. It didn’t show the part where I walked down to the judges, it was edited very short.

“It was a bit annoying, I know I have a good voice, I have a YouTube channel and what you seen on TV was not the real me, I think people who know me know that,” he said.

Steven is a past pupil of Heywood Community School and has studied social sciences at Maynooth University.

This was his first time to appear on television, he has been singing seriously for six years.

Steven is now considering going for The X Factor singing competition in the UK, after he received encouragement from the 2017 runner-up.

“I don’t know if I will do The X Factor, I am tempted to do it. Ireland’s Got Talent did kind of turn me off but it was still a great experience,” he said.

Steven is just one of the local musical acts performing live at the Mountmellick St Patrick’s Day parade.

WATCH Steven's audition on Ireland's Got Talent below.