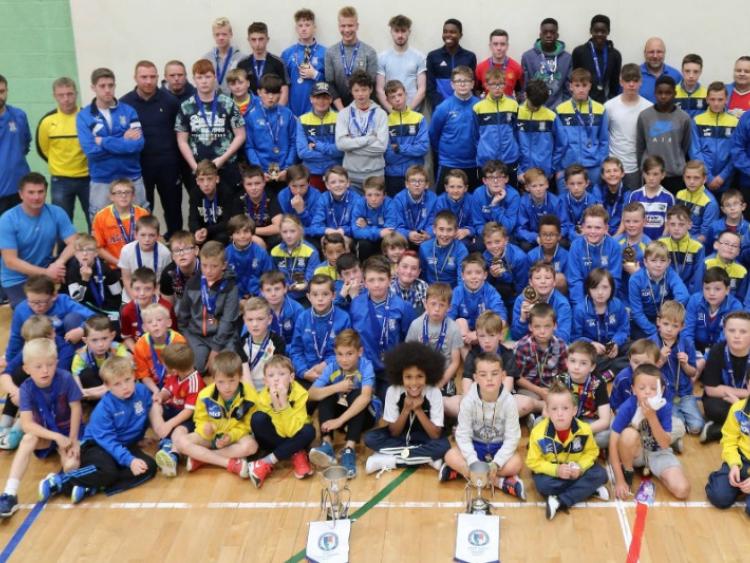 The picture of Mountmellick Soccer Club members used on the public GoFundMe page.

A fundraiser has been set up to save Mountmellick Soccer Club which has been at the heart of the sporting community in the town for almost 50 years.

An online GoFundMe account was set up this week to raise funds for ‘mortgage repayments’ and ‘rising insurance costs’.

The online campaign has raised €360 in two days and has a large target of €10,000. The biography written alongside the fundraiser is appealing to the ‘Small Town, Big Heart’ ethos in the Mountmellick community.

The message urges people to ‘keep the gates of Conor Davis Park open for you, your kids and the entire community’.

The bio also outlines that flooding and ‘freak weather’ did not help the club’s financial situation. The campaign is trending on GoFundMe.com having received high levels of engagement from people.