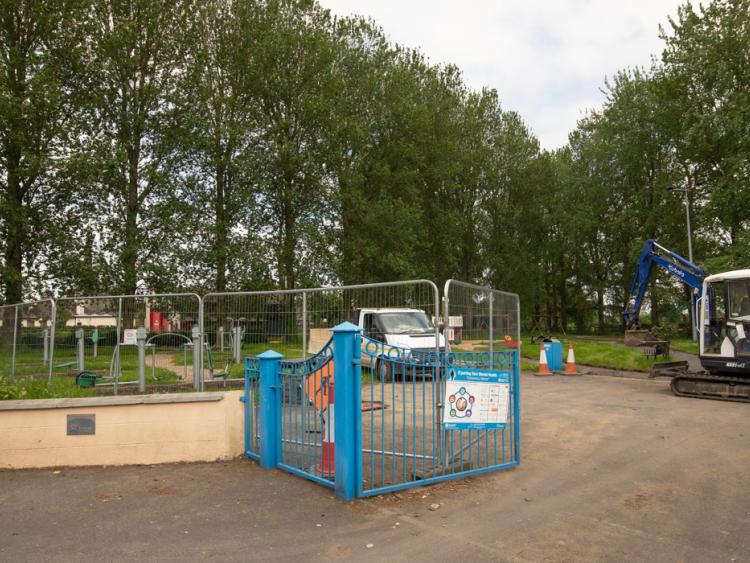 Work underway at the play park in Mountmellick, closed since the November 22 floods. Pic: Denis Byrne

Six months to the day since Mountmellick was hit by a deluge of floods, the town's playground, shut to the public since the flood, is being repaired.

Gravel footpaths in the playground in Irishtown, washed away in the flood on November 22 2017, are being replaced by tarmacadam.

He was on site to view the work underway by Ballyfin contractor Robert Coogan.

"The delay was because of the procurement process. It all takes time. This is an excellent facility for the children of this town, and very badly needed. I am anxious to get it done, I hope it will be open in a week," Cllr Bracken said.

"The tarmac will be easier to maintain and god forbid but in the event of another flood, it will not take as long to reopen the park," he said.

The park is alongside the Owenass River, which burst its banks along with two smaller rivers in the town on November 22, after a night of heavy rain in the nearby Slieve Bloom mountains.

Over 100 homes and businesses were evacuated. The town is getting €3.1 million to build flood defences.

Below: the flooded play park in Mountmellick on November 22. Pic: Denis Byrne.