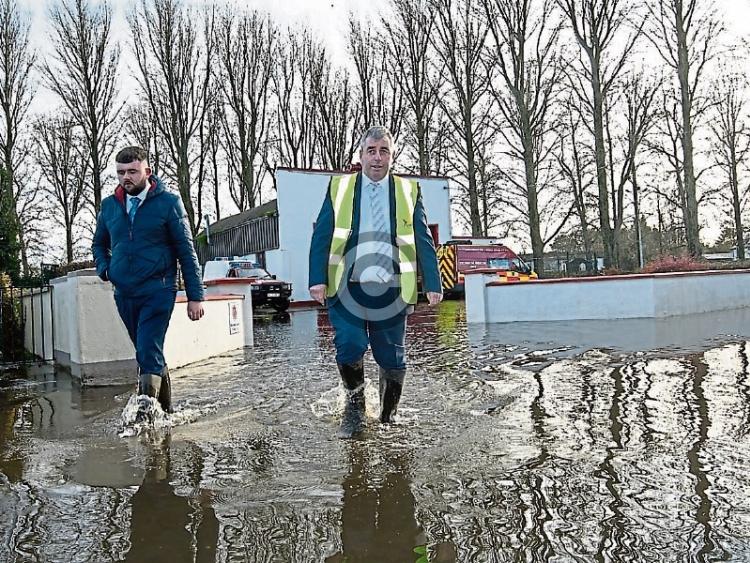 Another serious flood in Mountmellick this winter could potentially devastate local jobs.

Last November 22 the MDA beside the Owenass river was hit by the flood with no time to defend it. The image of children being evacuated in the arms of their parents and minders will stay in local memory for a long time, but the monetary cost was also huge.

The MDA was covered by insurance and took months to repair. However, as it stands, the MDA can not get new flood insurance cover.

Paul Dempsey is chairman of the MDA board.

“After a battle the company paid, but they won't tell us if we are covered for flooding. We never flooded here, it was a freak, it just came in so fast.

“Barrier doors here are not an option, we probably have 100 doors. We are so close to the river that if it floods again, early warning signs are no good to us, we wouldn't have a chance. Could we sustain another big flood, would we close, it's a risk. it would be a huge challenge. It is a major concern to us,” he said.

Owned and run by the community for its benefit, the MDA supports over 100 jobs and a myriad of businesses and services.

They include a Standex factory unit, a HSE equipment store, a community creche, a restaurant, commercial kitchens, a museum, and soon, a new digital business hub. It also has MDA employees, and meeting rooms for groups.

“Standex had new carpets, the creche had new flooring, the restaurant had equipment only a year earlier, all that had to be thrown out, the water came up over sockets,” said Mr Dempsey.

He hopes that Laois County Council can prevent a repeat flood.

“We have met the council to keep the pressure on them. If there is any delay with the flood scheme, it would be important to do as much remedial work as possible in the interim,” he said.

“ Clearing the rivers is a big help. At least we can say to our tenants we are making inroads,” he said.

“We are in a climate now where this is going to be the norm. We will be on edge for a while in Mountmellick, any downpour has us terrified. We all hope we will never see anything as bad again,” Mr Dempsey said.