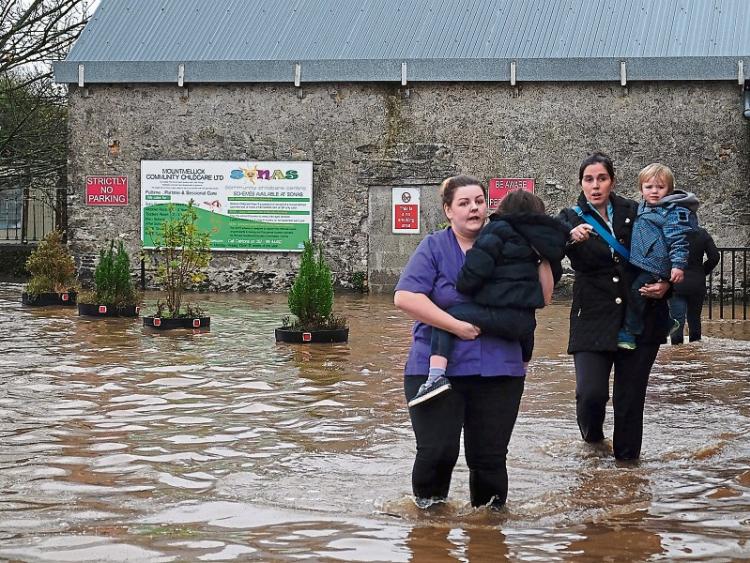 Laois County Council has said there is no timeline yet for building the OPW's €3.1 million of flood defences in Mountmellick but similar schemes in other places have taken up to five years to construct.

Senior Engineer Paul McLoughin is Project Manager for flood relief works designed to prevent a repeat of the November 2017 event which caused widespread damage in the town.

“There is no timeline yet defined for the completion of the Flood relief scheme for Mountmellick , the programme dates will become clearer and more definitive when a consultant has been appointed,” he told the Leinster Express.

Engineering and Environment consultants are expected to be appointed in the coming months.

They will first have to conduct studies, draw up plans, and do environmental assessments and public consultations.

In the meantime, he said “all that is being done can be done”.

He says there is a narrow time to do maintenance in rivers, with certain work only allowed during August and September, for environmental sensitivities.

Much of it is ongoing.

In Mountmellick, Irishtown Bridge on the N80 road beside the MDA, has had silt and vegetation removed to improve capacity and flow of water.

At the Convent Bridge on the R422 the third eye or archway has been cleaned and both upstream and downstream had vegetation and silt removed.

Works are ongoing on the river between the two bridges clearing vegetation and silt above the low water level. Tree cutting started last week.

“Once vegetation is cleared we anticipate that bank repairs will be necessary where slippages are evident,” Mr McLoughlin said.

Surface water drains in the town have also been cleaned out.

Streams that flow into the Owenass and Barrow rivers getting vegetation and silt removed and banks repaired, to ensure smooth unblocked flows.

They include the Clontygar stream and its feeder streams, several kilometres of banks of the Barrow through Cloncannon, the Murglash river in Clonaheen, the Pound river, the river bank and bridge at Skerry, the River Owenass at Barkmills, the River Barrow at Rathcoffey. A damaged culvert has also been replaced at Drinagh Derrycloney.

“Any fallen trees and potential debris blockages have been removed when observed,” the senior engineer said.

A new scheme by Laois County Council provides grant aided flood barriers. The council will grant aid up to 50% of the cost of standard protective barriers (to a limit) for properties impacted by the recent flood. Apply in the Capital Projects office for Flood Relief Schemes in county hall.

A steering group is overseeing the Flood Relief Scheme in Mountmellick.