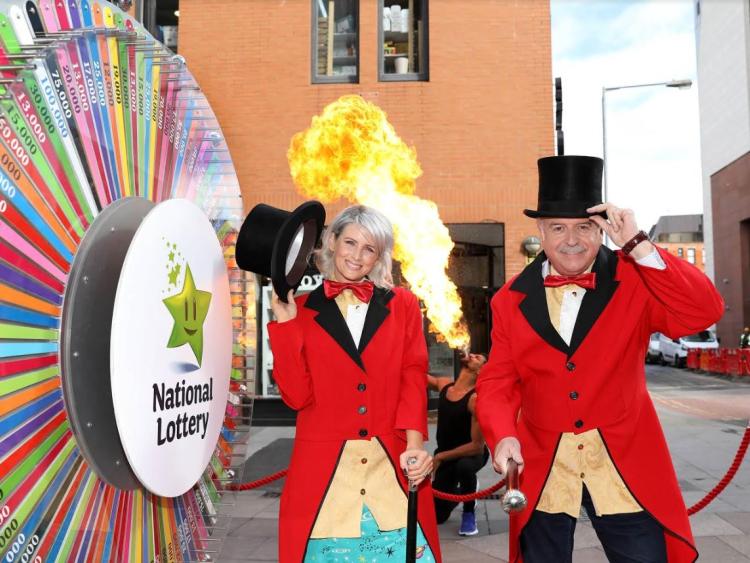 A retired Laois plumber is hoping to go on a Winning Streak for his brother this Saturday (24th November) when he will appear on the National Lottery TV gameshow on RTÉ One on his behalf.

When Jimmy O’Neill, from Mountmellick, found out his brother Michael’s name had come out of the Winning Streak drum last Saturday he was absolutely thrilled but he never expected his brother to ask him to go on in his place. Jimmy is more than happy to oblige his brother and says that Michael has been there for him in the past so it is his turn to do his brother this nice favour.

Jimmy is really excited to go on the show and will be supported in the audience by Michael, their four sisters (Elaine, Pat, Sadie and Marian) as well as his wife of 45 years – Kathleen. Jimmy and Kathleen have five adult children of their own – all of whom will be watching the show from home. They are James, Natasha, Nigel, Ramona and Grace. Jimmy is also a proud granddad to seven grandchildren.

A retired plumber, Jimmy is well known across Mountmellick whenever someone springs a leak. He is a sports fanatic with golf and soccer his main interests. He is also into his music and played the drums back in the 1970s in a Country and Western band.

As for plans for his winnings, Jimmy says Michael is going to take it all as it comes but says Michael is a low-key guy and also said that nobody deserves this Winning Streak appearance more than his brother.

The National Lottery game show, co-presented by Marty Whelan and Sinead Kennedy, will feature some perennial favorite games as well but also brand new games including Play or Pay, Roll for Riches, WinFall and Electric Dream – where one player will win an electric car worth €25,000.

As ever one of the lucky five players will get the chance to spin the wheel and win up to €500,000.  But this series a €100,000 segment will be added to the iconic Grand Prize Wheel every show if less than that was won in the previous show, improving players chances to win a massive prize. Winning Streak will air on RTÉ One at 8:20pm this Saturday.

Just a couple of weeks ago, Portlaoise man Anthony Knowles spun the big wheel on the TV gameshow.