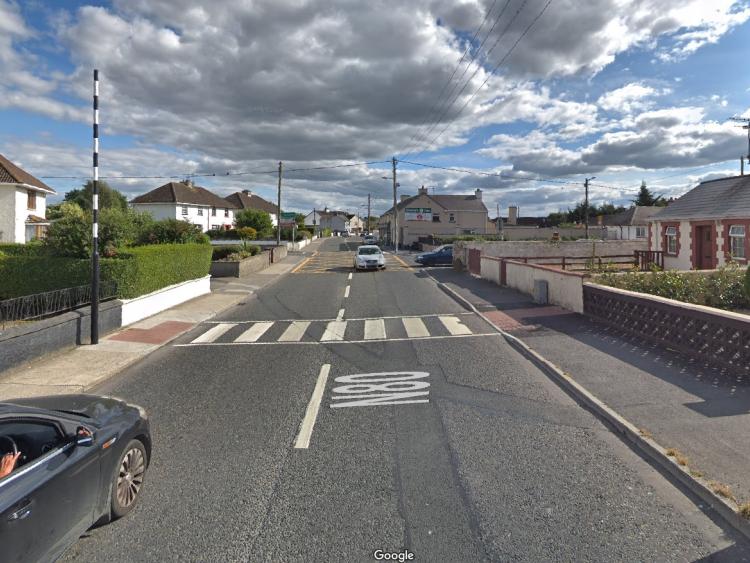 Pedestrian crossing on Emmett St Moutmmellick which is not operating becuase the ESB has not switched on the power.

It is a ‘disgrace and unacceptable’ that street and pedestrian lights in Mountmellick are not operational nearly two years after they were installed according to a councillor for the town.

Cllr Paddy Bracken laid the blame squarely at the door of power suppliers for the delay.

“That the ESB request a completion date from ESB Networks regarding the connection of public lights and pedestrian lights at Emmett Street, Mountmellick,” he said in a motion to the Borris-in-Ossory Mountmellick Municipal District Meeting.

He expanded on the problem.

“That job has been talked about for the last two years. Civil works have been done. The pedestrian lights are in place at Emmett St and we are still no further along. It is totally unacceptable,” he said.

Cllr Bracken said the council’s roads department have told him many times that the delay rests with the ESB.

“I think it is a disgrace that those lights, which are vitally important for safety reasons, are still not connected. It is totally unacceptable,” he said.

Cllr Bracken said was 'sceptical' that a letter to the ESB Portlaoise office from the council would make a difference.

He insisted that there was no failure on the council’s behalf.

The ESB issued a statement to the Leinster Express. It said the delay was due to an network overhaul in the town.

It said complex enabling works to allow low voltage networks erected in the early 1950’s are being retired in Mountmellick.

It said this work has required close co-ordination between Laois County Council and ESB Networks and will be completed by 16th January 2019.

“Following the completion of the retirement of the overhead networks, the path will be cleared to allow the Laois County Council contractor to complete their works for the pedestrian crossing.