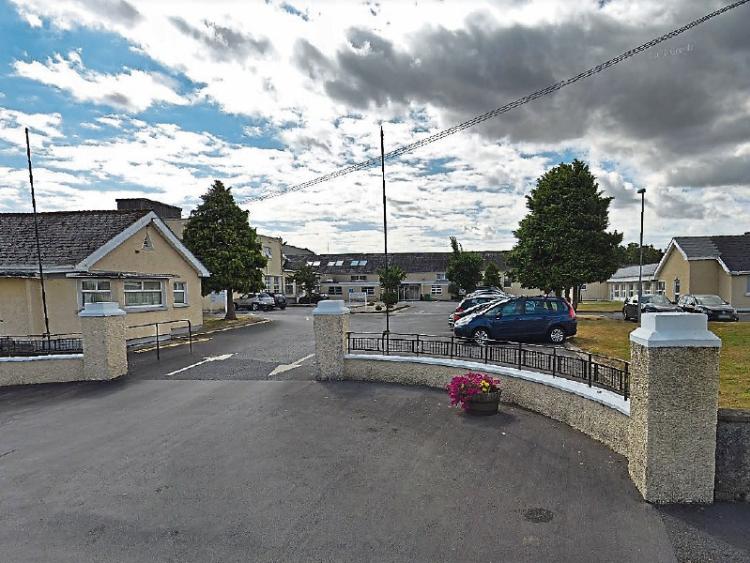 Shortcomings with the buildings used to care for elderly patients at St Vincent's Community Nursing Unit in Mountmellick continue to provide “significant challenges” that have a “negative impact” on residents, the health service watchdog has warned.

This month the Health Information and Quality Authoritiy (Hiqa) published its latest report following its most recent unannounced inspection.

The unit was inpected under nine outcome headings.

The HSE's self-assessment and Hiqa's judgment came up with the same finding under the “safe and suitable premises” section. Both agencies believe the building is “non-compliant”, albeit moderately, with expected standards.

A previous inspection led to the halting of admissions due to deficiences with the facilities. This ban was lifted after measures were taken and promises of investment were made.

Hiqa acknowledges that it has been notified that funding is allocated for a new 130 bed facility. It also accepts a commitment to begin work next January.

The inspectors found many good aspects of care, and found that the management team and staff were committed to providing a quality services.

The report also found that all residents who spoke with the inspectors expressed their satisfaction with improvements made and were generally contented with living in the centre.

However, Hiqa points out that problems remain and details the key issues that will require more than a quick fix.

“The premises continues to provided significant challenges to the provision of person centred care to residents, including residents with dementia, that respected their privacy, dignity and independence,” concluded the first paragraph of the report.

Issues were highlighted in previous reports but Hiqa found that actions required were “not satisfactorily implemented.”

They say that St Anne's accommodates 26 residents in six bedrooms with four beds in each. There is now full en suite washing and toilet facilities for these residents. St Anne's also includes a palliative care suite with two single full en suite bedrooms.

Hiqa say that St Paul's units on the ground floor offers accommodation for 24 residents in six bedrooms with four beds in each without ensuite washing and toilet facilities.

The report says the St Mary Theresa unit on the first floor provides accommodation for 24 residents in 12 twin bedrooms without en suite washing and toilet facilities.

Hiqa say the dementia specific unit accommodates eight people. It is the only part of St Vincents that meets standards. Each resident in the unit resides in a single bedroom with full en suite toilet and shower facilities.

“The layout and design of the unit met the needs of residents to a good standard,” said the report.

The Hiqa inspectors outline improvements that have been made since previous inspections.

These include reconfiguration of St Mary Theresa's bedrooms to reduce occupancy to two units each. A snug area has also been added.

Curtain screens have been aligned around beds in the four bed multiple occupancy bedrooms in St Paul's and St Anne's to give residents more personal space.

Security has improved with secure doors fitted to reception.

These measures were welcome but Hiqa still said that multiple occupancy bedrooms were not suitable for their stated purpose due “the negative impact on the privacy and dignity of residents, including residents with dementia residing in them.”

Following the inspection further steps were taken including the removal of a bulk waste bin from a bathroom. A large dining / sitting room is being upgraded to meet residents' needs.

One room had only one high small window. This meant some residents confined to the room could not even see outside. This is to be reviewed and if funding is available will be rectified.