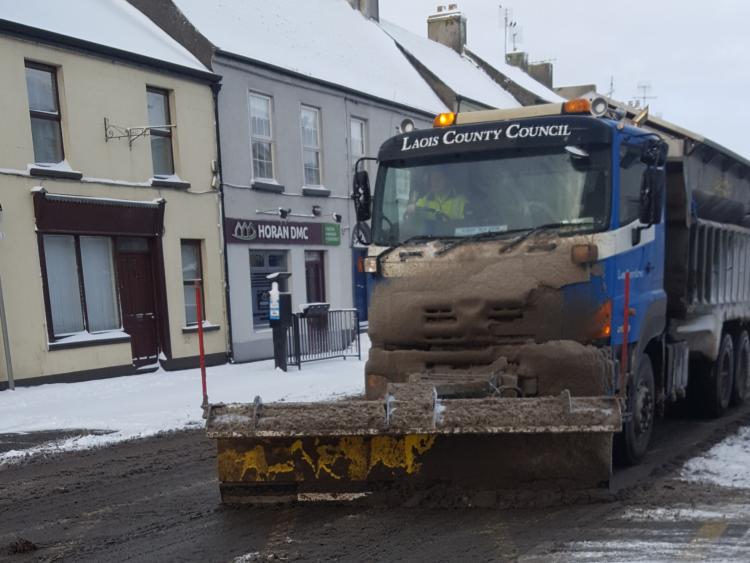 A lack of outdoor council staff in Laois and a delay in the replacement of a senior engineer has caused a backlog of work in the county's largest Municipal District area according to councillors.

Councillors in the Borris-in-Ossory/Mountmellick Municipal District, which covers over 40% of the county, raised the issue of the backlog at the March area meeting last week.

Cllr Brendan Phelan said his discretionary fund for 2018 has not been spent because the work he put it towards has not been done.

He said this is because the Senior Engineer for the area, Mr Paul McLoughin, left the role to manage the Mountmellick flood project last year and 'four or five' months passed before the new engineer was hired. Councillors have said this backlog is still having a knock on effect to the workload.

“When Paul McLoughlin was transferred to Mountmellick there was no replacement for months and when Stan (Cullen) was appointed he had a workload of a four or five-month backlog and he was expected to have it addressed by the year-end,” Cllr Brennan said.

Chair of the Municipal District, Cllr Paddy Bracken, said they recognise how much work has been done but there is a shortage of staff.

“We have a situation where some of our money from last year isn't spent yet, I'm not blaming engineers but we haven't got the staff on the ground.

“There are only a few staff and outdoor workers and if anyone is out then it seems to grind to a halt. We are left with a huge area with six councillors and the wherewithal isn’t there to do all this work.

“We just don’t have the resources, we don’t have the manpower. It’s the lack of resources to deliver on the ground. There is no criticism of staff we just don't have enough staff. We also recognise how much work has been done,” he said.

The current area engineer, Mr Stan Cullen, confirmed that he will be moving on from the role in the coming weeks. He defended the amount of work that has been done.

“In 2018 there was a lot of disruption in terms of the changes in personnel but at the same time, the area did deliver fully on the programme that was set.

“Certainly not all but a lot of the notice of motions by their nature tend to be less straightforward than the more routine works day in day out.

“We continue to progress the outstanding notices of motion as well as try to progress the roads but we are on track this year in terms of tenders that have gone out to deliver the scheduled work,” he said.

Cllr John King said he asked before for a report to be done up outlining the outstanding motions but he said it was never done.

“I asked for a request for the notice of motions for the year on what was requested, what was done and what wasn’t done. We didn't get any report on that either.

“We put in 18 notice of motions every month. Half the work isn’t done because there are not enough engineers working on the ground and we are getting it on the doorstep. We certainly need support from higher authority,” he said.

Cllr King asked if professional staff like engineers could be on standby for when someone leaves or is out sick. The Director of Services, Mr Donal Brennan, said 'there will be nobody sitting on the bench as a sub' and that the council staff are fixed.

Laois County Council has listened to the concerns over the huge volume of work in the Borris-in-Ossory/Mountmellick Municipal District and hired an additional engineer for the area according to the Director of Services, Mr Donal Brennan.

Mr Brennan spoke in response to concerns from councillors that there was a backlog of work and discretionary budgets from last year not being spent as a result.

“We have actually assigned an additional full-time staff member to the area because we have recognised the extent of the area and the work involved. We have a number of recruitment campaigns underway at the moment to fill some existing vacancies,” he said.

Mr Brennan added that if councillor's discretionary budgets are not spent it is likely because of outside authorities.

“Generally when discretionary funding is in the control of the area it tends to get spent, sometimes we are depending on the outside bodies and agencies to spend it. That is where the restriction is not on our staff because they tend to be very prompt but when we have to rely on outside agencies to spend some of that money.

“In terms of staff leaving, it’s high calibre staff that get promotions out of this Municipal District so you are getting the very best of staff assigned to you because they are the staff getting the promotions so it is a double edged sword,” he said.