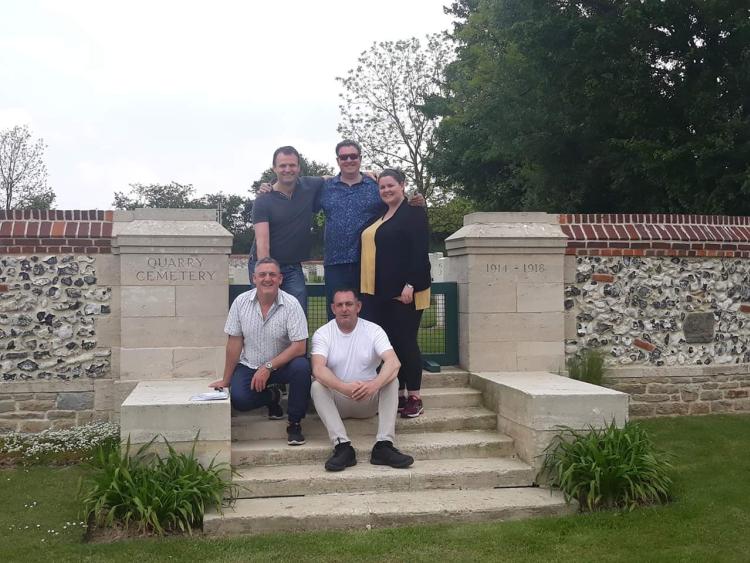 Canice, Darren, Adrian, and Patrick Conroy and Stephanie Horan at the cemetery where their granduncle John Conroy rests in France.

A Laois family discovered more than they expected when they went to France to find the grave of a relative who fought and died in World War I.

The Conroy family from Mountmellick found an unexploded bomb beside the cemetery near the battle of the Somme where their granduncle John Conroy is buried.

Canice Conroy is retired from service in the Irish Defence Forces and so he knew what he had come across, while visiting the grave in Montabaun, France.

“We were having one last look around before we left to come home. I walked up an incline behind the graveyard onto a field. A tour guide had told us earlier that a battle had taken place on it and more than likely our granduncle had died there because he was buried so close. The field had been ploughed and I reckon the artillery had been unearthed and rolled down the embankment,” he said.

There were two mortars, one was unexploded. 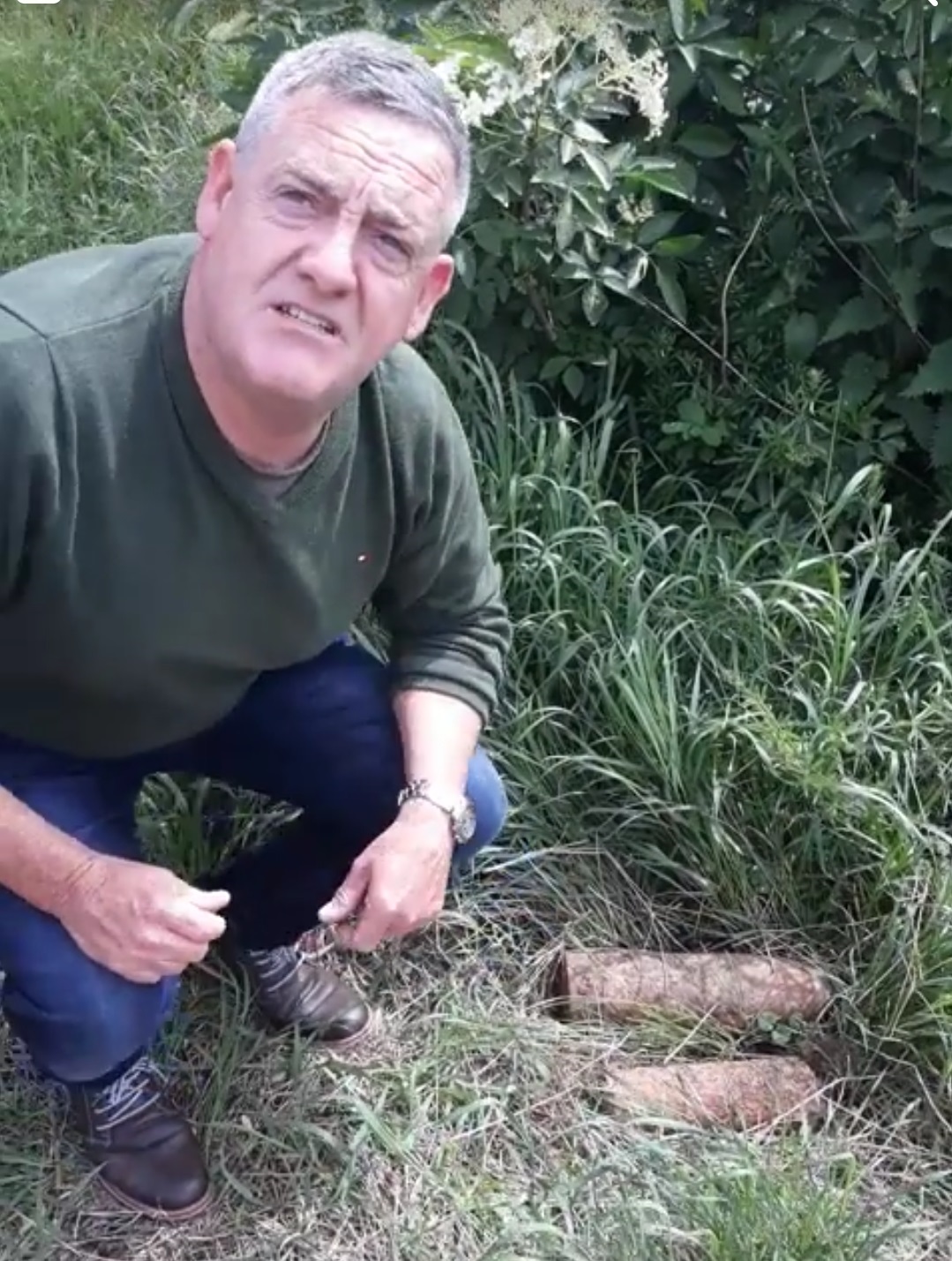 Canice had driven the army bomb disposal team for 18 years while serving with the army Ordnance Corps.
“I had an idea what it was and I knew we were not to touch it. It was intact. It had been fired but it hadn't exploded so it was still dangerous,” Canice said.

They notifed the police but then had to leave for the flight home.
“They probably destroyed it there,” said Canice.

With him on the special trip were his brother Adrian and cousins Darren Conroy, Patrick Conroy and Stephanie Horan.
They were the first family of John Conroy to be able to stand at his graveside.

John was the youngest of three Conroy brothers who left Mountmellick 103 years ago to fight in the great war. Patrick and Tommy made it home alive. John was a sniper and after two years he died behind enemy lines in Montabaun aged 21. The dead were buried close to where they fell.

Its whereabouts was traced by Ger Lynch from Mountmellick, in a 1916 commemoration project.
“He traced down names of people from Mountmellick who died and got us the information we needed. We would never have found it but for him. It was for our fathers that we visited, as well as our great grandparents who never got to visit the grave of their son,” said Canice.

Darren Conroy who is the author of the book Let Your Life Speak, about Laois people, said the trip meant a lot to the family.
“We made this journey for our fathers, for ourselves and for all who share this brave man as a relative, the Conroys, the Dunnes, the Whites and the Smiths,” he said.

They placed a tricolour and a candle on their granduncle's grave.