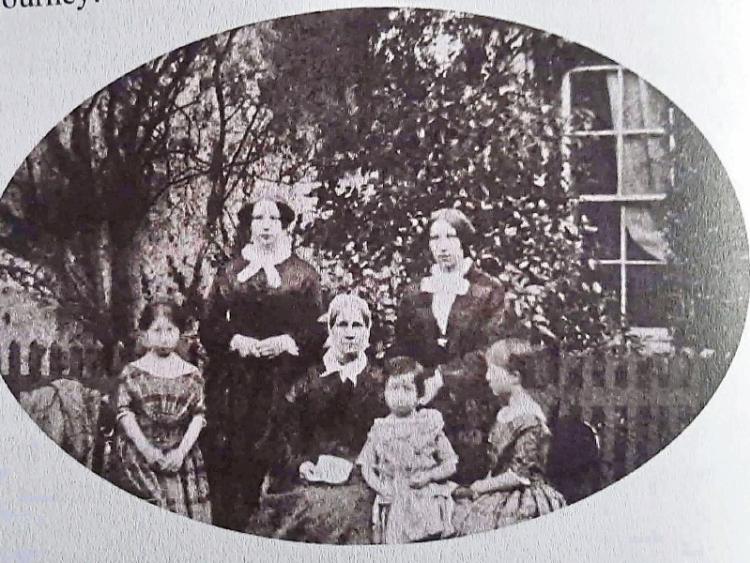 The epic story of a Quaker family who lost everything they owned by helping Mountmellick people stay alive in the famine, is told in a new book by a local historian.

The Reluctant Immigrant is the story of the Beale family, by author and retired principal Bridie Dunne.

The family went from being wealthy woollen mill industrialists, to emigrating to Australia to live in a tent.

“In 1847 when the famine hit, they converted their mill to a corn mill and used the corn and meal to feed the poor, keeping people at work even though they were not making money. When the famine ended Joseph Beale and his two sons went to Melbourne in 1852, leaving his wife and six children behind in Barkmills,” Ms Dunne said.

The Beales set up a shop and began building roads in Melbourne to serve people travelling to goldmines, and after two years the rest of their family emigrated too.

“They were so good they gave all their possessions to Mountmellick, they no doubt saved lots of people's lives,” Ms Dunne said.

Her book includes photos of the family and their houses including Derrycappagh in Irishtown, now demolished.

It also has contributions from the Beale family descendants who retain close ties with Mountmellick.

The Reluctant Immigrant will be launched by Minister Charlie Flanagan on Friday September 13 in the Mountmellick Development Association building at 7.30pm.

It sells for €10 and Ms Dunne is donating proceeds to the MDA, who funded the printing of the book.