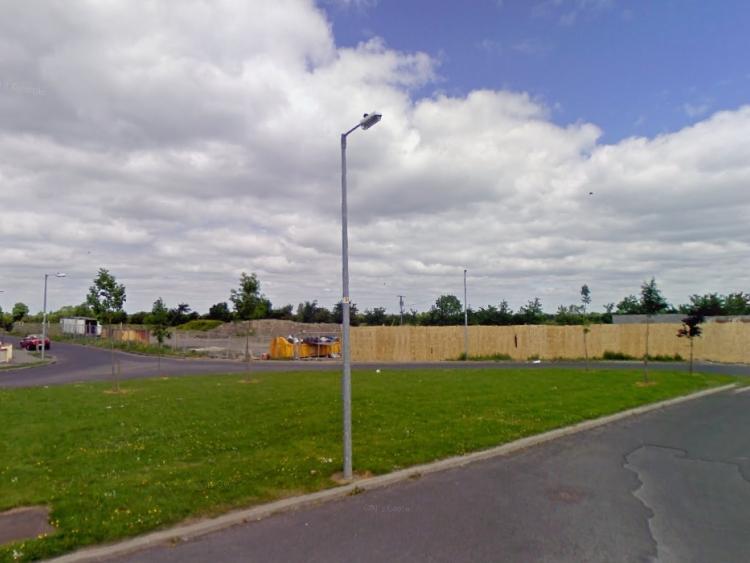 An application has been lodged with Laois County Council for a new 70 house private estate in Mountmellick.

Cullenbeg Park, Ballycullenbeg is proposed on a greenfield site adding onto the rear of an existing unfinished estate, and backing onto the Owenass River.

A Natura Impact Statement has been given with the application.

The development is described in an architect's plan as "a natural continuation of the development which has already been carried out in the area in the 2000's with the construction of Cullenbeg Park and Cullenwood, but which came to a sudden halt in the financial crisis and subsequent recession. At the very southern end of the site eight houses were commenced, four to first floor level and four to ground floor slab level but they have remained in a derelict state since at least 2009.

"This decade of inactivity has had a negative impact on the housing supply in Mountmellick and there now exists a chronic shortage of affordable housing and our proposal intends to address that housing demand," the architects say in the application.

The development would use the existing Cullenwood/Cullenbeg road. It would have formal and informal public play spaces, all overlooked by houses to ensure passive supervision. The houses will be in character with existing houses in the estate.

The application can be viewed in Laois County Council's planning offices, or online at www.laois.ie/planning with the file number 19558.  A decision is due by December 3.

Below: a drawing of the site. 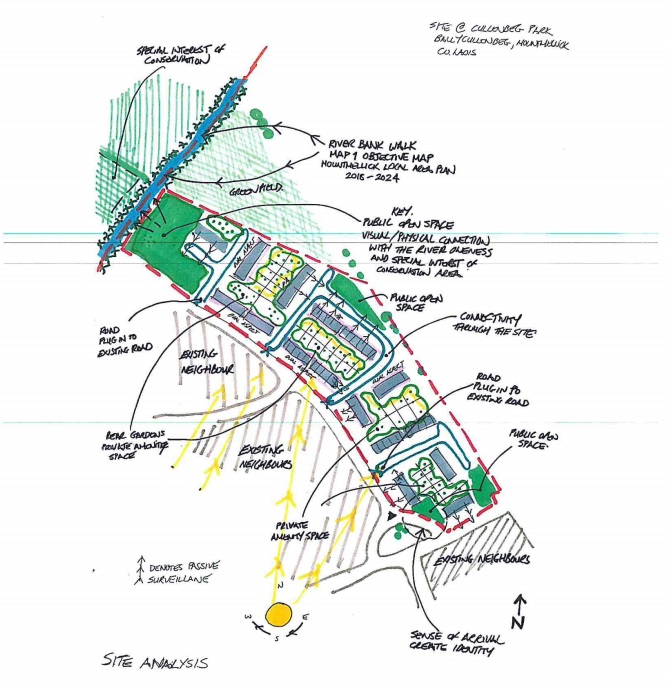