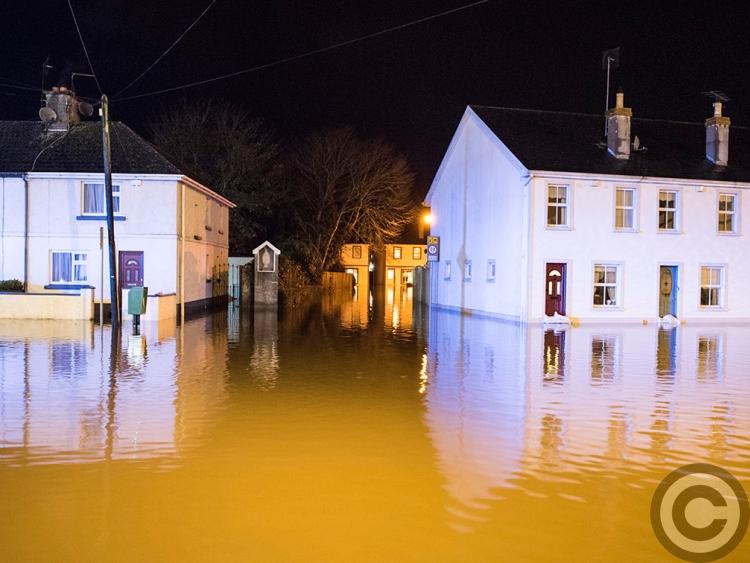 Mountmellick was put on flood standby recently with sandbags and pumps at the ready.

The town which was badly flooded in November 2017 is still up to five years away from permanent flood defences from the river Owenass that flows through it.

However Laois County Council is better prepared now for repeat floods, according to Cllr Paddy Bracken.

He revealed how the council is ready to respond.

Speaking at the October meeting of the Borris-in-Ossory Mountmellick municipal district, he said that a recent flood threat had all on standby.

“A fortnight ago we were under threat in Mountmellick. I compliment the area engineer Edmund Kenny and the local staff for their work in advance. They had sandbags and pumps at the ready. At least now we are in a position to address this. The fear is always in people’s minds when they seen heavy rain or a weather warning,” Cllr Bracken said.