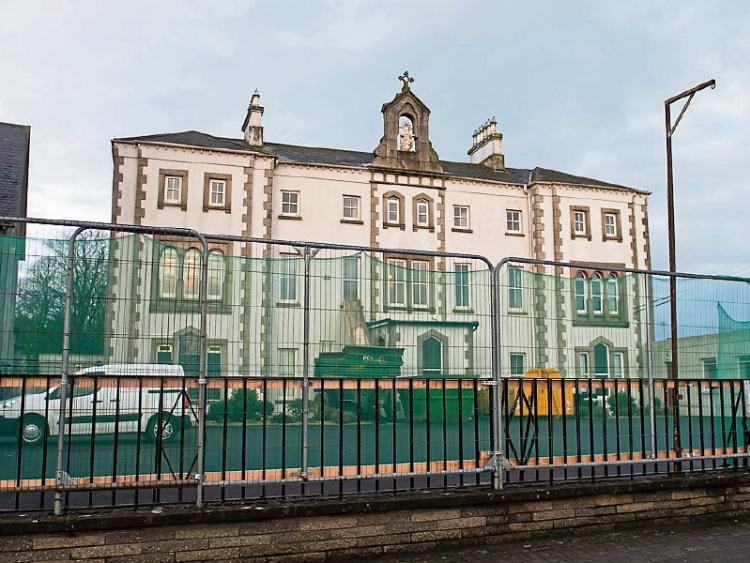 While many Presentation convents have closed with dwindling numbers of sisters, the Mountmellick building is planned to remain as a home to them.

It has been temporarily vacated by the ten Presentation sisters who live there while the renovation is underway.

Sr Mary McDermott and Sr Frances Crowe have responsibility for all of the properties owned by the Presentation sisters in the province.

Sr Mary explained the work to the Leinster Express.

“The outside of the building is staying as it is. We are making it suitable for the elderly sisters who live there,” she said.

The residents are staying in a Carlow convent.

“They are gone to Bagnalstown while it is being refurbished. They will return before the end of 2020,” Sr Mary said.

The work involves subdividing existing rooms on the first and second floors to create 14 ensuite bedrooms.

There will also be fire safety measures added to existing corridors and a renovation of the existing timber sash windows at the back of the convent.

The sisters came to Mountmellick back in 1854.

At that time the town’s Catholic population was poor and oppressed by the “the old spirit of bigotry and Protestant ascendancy”, according to an account on the parish website .

A shot was even fired at a founding nun.

“Because of the prevailing anti-Catholic atmosphere they were seen as a threat. Two men in the grounds of the Sisters’ house deliberately fired a shot at Sr Ignatius who was standing inside a window, narrowly missing her but leaving the window shattered,” it recounts.

“An orange pole and flag was permanently raised opposite the site of the new convent and everyone entering the town had to pass under it,” the parish says.

The convent was built in 1863 on the site of a disused distillery.

It was funded with the help of many small donations from parishioners.

“ Two years elapsed before it could be occupied as there was no money to furnish it. A statue of the Immaculate Conception, placed at the highest point of the convent, caused quite a stir.

“A delegation of the ‘local ascendancy’ brought a petition to Dublin Castle to have the offending statue removed. The petition failed. Angry members then threatened to erect a statue of Queen Elizabeth right opposite – but it didn’t happen,” the website says.

Read also: Laois family in fear after speeding car smashes into their house