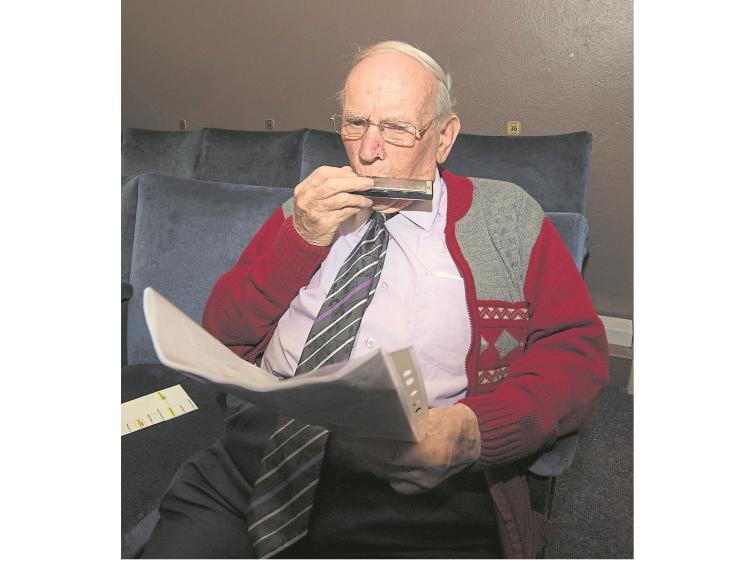 Mountmellick Men's Shed has paid tribute to a loyal member who has died.

He was a loyal member of the Men's shed group since the death of his beloved wife Brigid in 2013.

"He was a good member, a stalwart of Mountmellick Men's Shed," said chairman Mick Feely.

"He played the harmonica and was a great promoter of the Men's Shed wherever he went. He will be greatly missed," Mick said.

The Men's Shed will perform a Guard of Honour at Mr White's funeral.

Albert White died peacefully in the loving care of his family and staff of Mountmellick Community Nursing Home, across from the family's home where they ran a local shop for decades. Mr White also drove his van for many years around rural areas to serve his customers.

He is mourned by his sons and daughters Noel, Philip, Ab, May and Anne Marie, sons-in-law, daughters-in-law, grandchildren, great grandchildren Teagan and Ashley, brothers, sisters, nephews, nieces, brothers and sisters-in-law, neighbours, relatives and many friends.

Remains reposed in his home on Monday and Tuesday. Funeral arriving to St Joseph's Church on Wednesday morning for 11am Requiem Mass. Burial after in St Joseph's Cemetery.