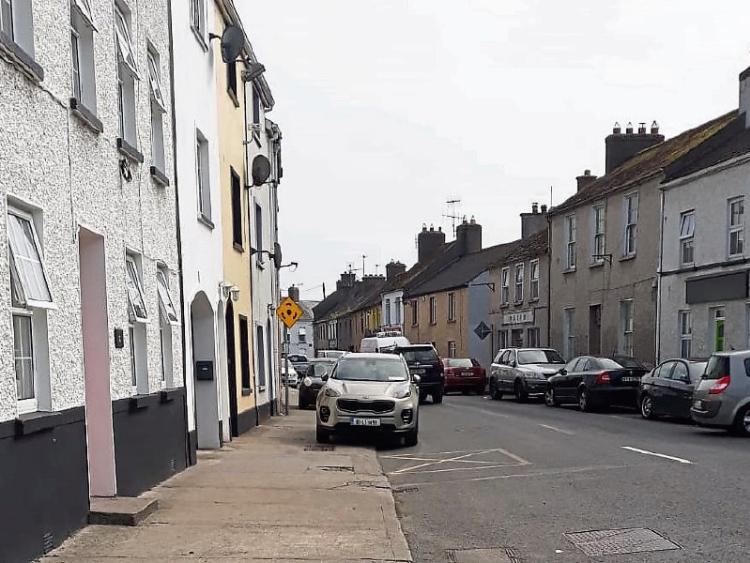 Many residents living on a narrow street in a Laois town woke up to parking fines left on their cars on Wednesday morning, August 12.

Parking fines were left on about six vehicles parked along O'Moore Street in Mountmellick, all charged with obstructing the path.

Among those fined was a lady aged 95 who reared her family on the street.

Several of the residents contacted Laois County Council to complain about the €40 fines.

One resident contacted the Leinster Express.

Irene O’Reilly says she has been parking for the past three years outside her house after buying it.

“There are no double yellow lines, it’s not a parking bay, there’s no pay and display sign. I thought it was legal. We were all shocked,” she said.

While her house comes with a shared gated access to the rear, Irene said it is narrow and only allows for drop offs, not parking.

“I think it’s madness. We should be entitled to park. We got no warning, that would have been a gesture of good will. I obey the rules, I would have moved,” she said.

Ms O’Reilly said her street has “had enough upset”.

“We are still suffering from the flooding, a lot of homes have no insurance. I was not working in the lockdown and now I’m off again on the Covid payment. The council say they are in partnership with the public, well this is pushing people away,” she said. 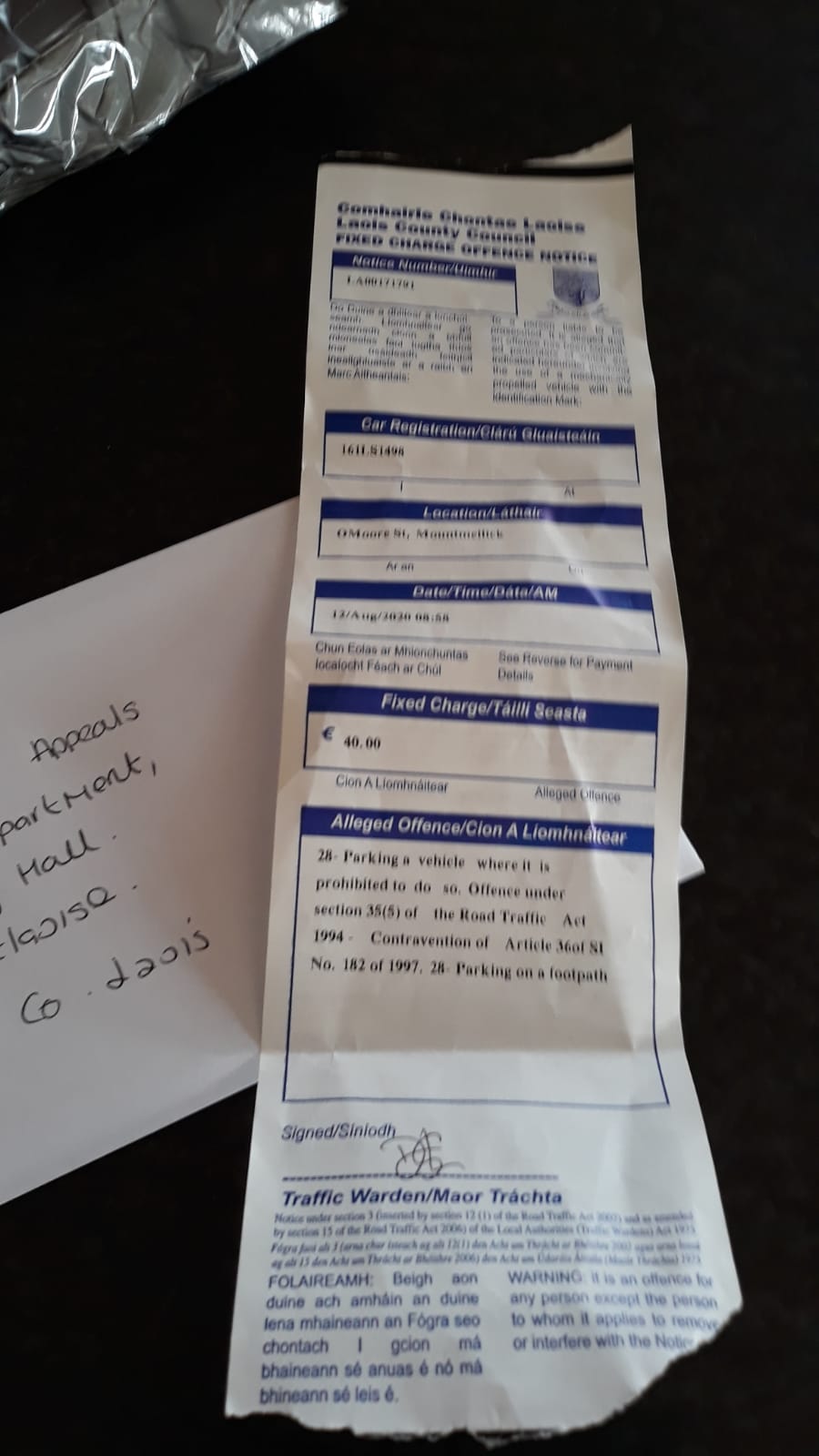 Laois County Council has explained how the fines came about.

“The Traffic Warden acted on foot of a complaint from two pedestrians who advised they could not access the footpath at that location and were forced to walk out onto the public road. The Warden was obliged to investigate the matter. Tickets were issued to those vehicles that were obstructing the footpath to which pedestrians had no access,” an official said.

They will consider leniency given the “current climate”.

“In an effort to resolve the issue locally, I was contacted by Cllr Paddy Bracken and my office has since spoken to a number of the fine recipients today. Laois County Council is aware of the difficulties people are experiencing in the current climate and consideration will be given to representations made in this instance. I will be issuing correspondence in this regard in the coming days.

“The safety of road and footpath users is paramount and under Road Traffic legislation, a fine can be issued to a vehicle that obstructs a footpath/ walkway, most especially where there is a potential road safety issue for pedestrians,” the council official said.