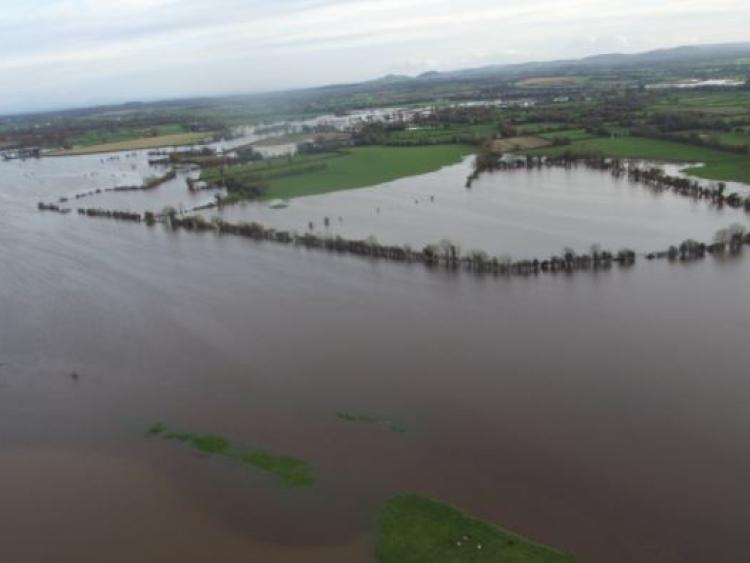 The flooding at The Borness between Mountmellick and Portarlington reached its highest recorded level. Picture by Laois Civil Defence.

River flood levels have continued to rise overnight between Mountmellick and Portarlington Laois.

Latest levels recorded overnight at the Borness measuring station show that the River Barrow passed the 2 metre mark at midnight and is still close to flood level.

The Office of Public Works (OPW) monitors river levels in realtime on rivers around Ireland. It launched a specific levels monitoring system for Mountmellick in the wake of the 2017 floods.

The latest data at the Borness measuring location shows that the Barrow hit 2.1 metres just before midnight last night Tuesday, February 23. It is a sharp rise from almost 0.7 metres at 1.45 am on Tuesday morning. 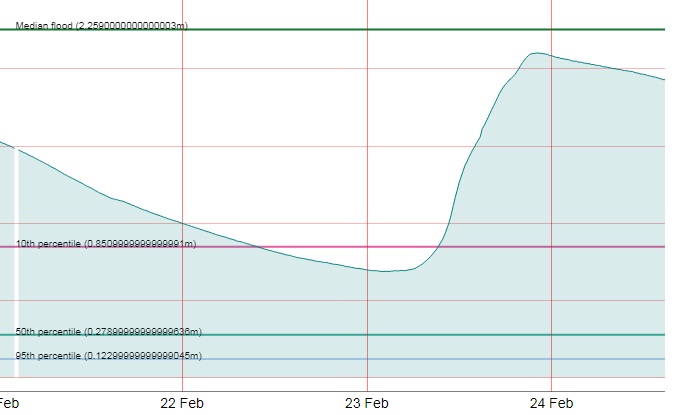 The level has since subsided slightly to 1.94 metres by 2.30pm today.

The highest level recorded was on November 23 in 2017 when it exceeded 2.7 metres. This resulted in the River Owenass bursting its banks in the Laois town causing extensive flooding.

The River Owenass flows through Mountmellick and enters the Barrow at the Borness. The source of both rivers is in the Slieve Bloom Mountains.

A flood defence system is planned for Mountmellick and Portarlington, expected to cost at least €9 million for both towns.