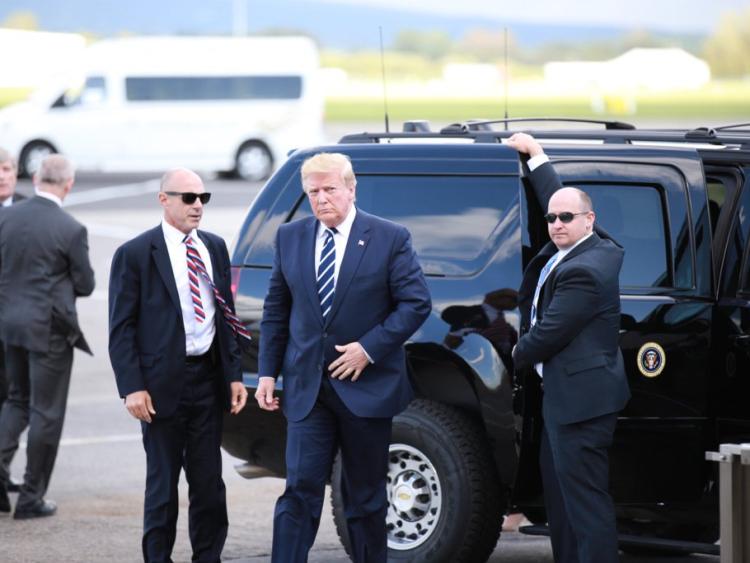 THE PRESIDENT of the United States, Donald Trump has touched down at Shannon Airport this Wednesday evening.

This is the first time Mr Trump has visited Shannon Airport as US president, arriving at 4.45pm on a Boeing 747 VC-25A.

This follows the arrival of other White House personnel and the two Marine One aircraft.

Around 150 journalists are attending the special arrival of the US' head of state, who will meet Taoiseach Leo Varadkar indoors.

Some-20 members of the media have flown in with the president.