31 new walking trails announced - has your county been included? 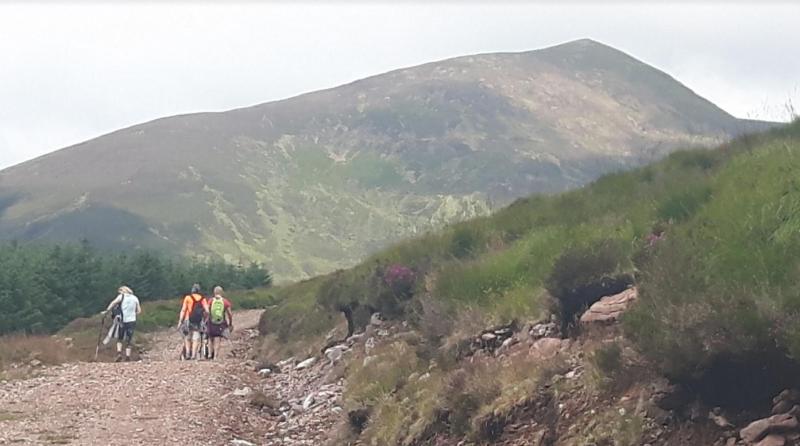 A total of 31 new trails across 13 counties are to be added to the ‘Walk’s Scheme’, which aims to open up our countryside to local walkers, hikers and tourists.

Minister for Rural and Community Development, Heather Humphreys TD announced the major initiative for Rural Ireland today (Wednesday), which includes the addition of 31 new walking trails to her Department’s Walks Scheme and funding for a number of new Rural Recreation Officers.

Under the scheme, funding is provided to farmers and other landowners to maintain the trails that travel through their holdings.

Today’s announcement means there will now be 80 trails under the Scheme, which is operated by the Department of Rural and Community Development in conjunction with the Local Development Companies (LDCs) and over 2,400 farmers and landowners in total.

The trails added today involve over 400 farmers and include the Dingle Way in Kerry, St Declan’s Way in Waterford, the Ballyhoura Way in Limerick, the South Leinster Way in Kilkenny and the Slí Gaeltacht Mhuscraí in Cork.

The Cavan Way in Cavan, the Wicklow Uplands Way in Wicklow, the Lung/Lough Gara Way in Roscommon and the Durrow Leafy Loop in Laois are also among the trails being added to the Scheme.

Additional funding will also be provided to the Local Development Companies that deliver the scheme locally, as well as for the salaries paid to the Rural Recreation Officers who play a vital role in delivering the Walks Scheme and developing the outdoor recreation sector locally.

Minister Humphreys also announced the creation of up to 8 new Rural Recreation Officer posts in addition to the 13 already in place. These are designed to further enhance our outdoor amenities and the experience of visitors to Rural Ireland.

The announcement delivers on commitments in both the Programme for Government and Our Rural Future to increase the number of trails under the ‘Walks Scheme’ in order to boost outdoor recreation and tourism in rural towns and villages.

Minister Humphreys has also published a review of the Walks Scheme, which sets out a number of recommendations aimed at enhancing the Walks Scheme and the role of Rural Recreation Officers, and will be implemented in consultation with key stakeholders.

The Minister made the announcements during a visit to officially open St Declan’s Way in Co. Waterford, a 115km trail involving 45 farmers and landowners which is amongst the trails being added to the scheme.

“They have been a godsend throughout the Covid-19 Pandemic – providing so many of us with the opportunity to get out for some exercise and to meet up with family and friends.

“Over the past number of months, we have seen unprecedented investment in our outdoor amenities, underpinned by the most ambitious ever policy for Rural Ireland, ‘Our Rural Future’.

“Today’s announcement is further action behind that policy. By adding 31 new trails to the Walks Scheme, we are opening up our rural countryside further to walkers, hikers, adventurists, cyclists, as well as domestic and international tourists," she said.

“And it means we are investing in some of the most picturesque locations in the country, so that they can be enjoyed and experienced by millions of people every year.

"We are indebted to our farmers and other landowners throughout the country that facilitate access to these wonderful trails and who now, through this scheme, are being funded to maintain the walks to the high standard we have all come to expect," Minister Humphreys said.