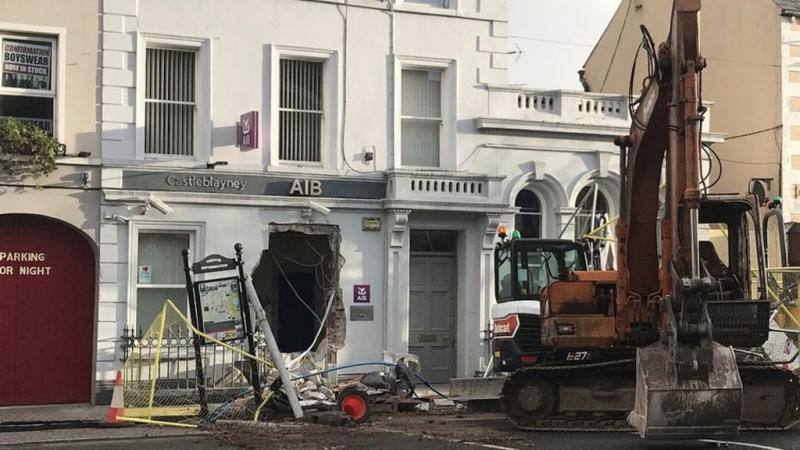 A ‘hard working family man’ is facing a prison term over his involvement with a ‘hole in the wall’ criminal gang which had netted almost €800,000 from a series of ATM thefts.

Niall Finnegan (39) of Cherry Grove, Cullyhanna, Co Armagh, was in possession of €103,930 in stolen cash when he was arrested at a location in Tullypole, Co Meath.

At the Special Criminal Court on Tuesday, October 5, Detective Sergeant Mark Looby told prosecutor Fiona Murphy SC the money had been linked to a number of ATM thefts which had been carried out in the Cavan and Monaghan areas.

Det Sgt Looby said the gang had used excavators to rip the ATMs from their locations, and they had caused ‘significant amounts of criminal damage’ during six raids and attempted raids in the Border region.

He also said the gang had stolen €790,000 before arrests were made two years ago by undercover detectives monitoring the activities of suspects.

During one such operation, on August 14, 2019, gardai witnessed a stolen 14-tonne digger being driven ‘in convoy’ along Main St, Virginia, Co Cavan, behind a Land Cruiser, also stolen, at 2.15am.

The bucket of the digger was ‘only a couple of feet’ from the ATM when gardai intervened and the gang fled, Det Sgt Looby said.

Some of the men fleeing the scene were later identified by members of gardai and traced to a site in Virginia, Co Cavan, where €298,000 in stolen cash was recovered by detectives.

One of the gang members, who cannot be identified, was later observed arriving at the site in a car registered to the accused.

Along with the unnamed man, Finnegan was then seen by gardai using an excavator to dig a hole in a nearby field.

“They were seen taking packages from the ground,” Det Sgt Looby said.

The pair left the scene and returned in a Toyota Avensis with a third man, who also cannot be identified.

The group was seen transferring a number of items into the car and were stopped by gardai on leaving the site.

Det Sgt Looby said the accused was in the passenger seat of the vehicle when it was pulled over.

The gardai subsequently recovered €15,000 in three separate 5k bundles from the passenger seat footwell, Det Sgt Looby confirmed, while around €88,000 was recovered from the car’s boot.

At a hearing last July, Finnegan had admitted that on August 20, 2019, he had been in possession of €103,930 knowing, believing, or being reckless as to whether it was the proceeds of criminal conduct.

Today, Ms Murphy told the court the maximum penalty for the offence was 15 years’ imprisonment.

Defence counsel Padraig Dwyer SC described his client as a ‘hard-working family man’ who had been ‘free and forthcoming’ with gardai in relation to his involvement with this particular offence.

Finnegan, who has three previous convictions for assault as well as several driving offences, later gave assurances to the court from the witness box not to associate with the gang and to avoid all criminal activity in the future.

The ATM thefts, he said, were ‘highly organised’ and resulted in ‘sizeable amounts’ of money for the criminals involved.

“Even if you strip out the mitigating factors, the underlying situation would call for a custodial sentence,” Mr Justice Hunt observed. 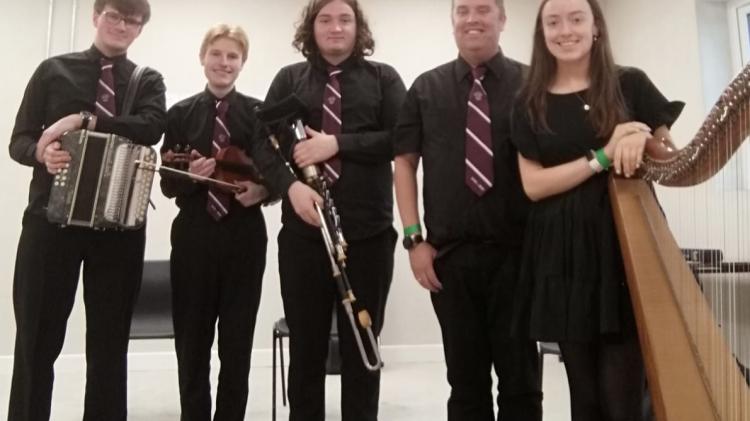