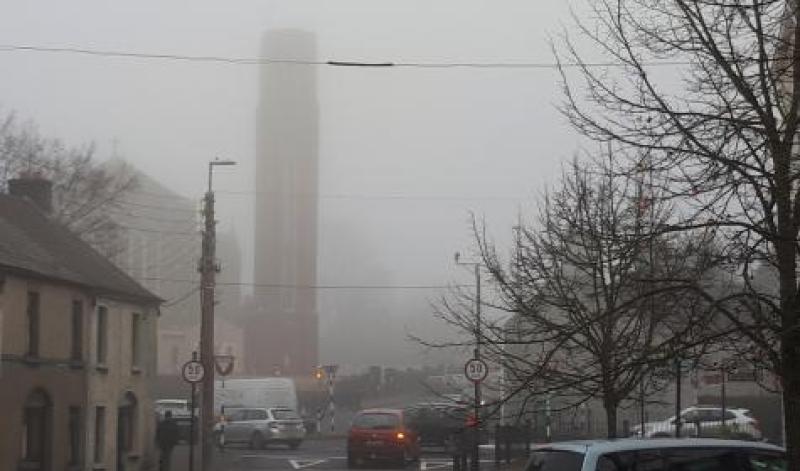 The warning is valid from 1am on Wednesday morning until 11am on the same day.

The forecaster says the settled spell will begin to waver as the week progresses with some more prolonged periods of rain at times. By the weekend it looks to become more unsettled with longer spells of rain becoming heavy at times while temperatures will generally remain slightly above average for the time of year.

TUESDAY: Staying dry for most this evening, though scattered patches of drizzle will continue over Ulster. Generally cloudy with just a few bright spells, brightest over southern counties. Light northwesterly breezes.

Dry night will stay dry apart from isolated drizzle patches along northern and northwestern coasts. Cloudy over the northern half of the country with clear spells further south. A calm night with some mist and fog developing, turning dense in parts of Munster and Leinster later. Lowest temperatures of 5 to 10 degrees, coolest in the south.

WEDNESDAY: Mist and fog will slowly clear tomorrow morning to leave a largely dry day with a mix of cloud and sunny spells, with the best of the sunshine over the southern half of the country. Feeling rather mild with highest temperatures of 14 to 17 degrees in a light southwest breeze.

Cloud will spread from the west with some patchy drizzle on northwest coasts at night. While there will be clear spells early in the east, this will give way to cloudy conditions by morning. Coolest in the southeast with lowest temperatures of 6 to 11 degrees in mostly light south to southwest breezes.

Thursday: Mostly cloudy across the country, with patchy light rain and drizzle at times mostly over the northern half of the country. A heavier band of rain will extend from the north over Ulster and north Connacht by evening. Highest temperatures of 14 to 16 degrees in light to moderate westerly breezes.

The band of rain over Ulster will track southwards overnight, but will break up over the south of the country becoming light and patchy as it does so. Clear spells will follow into northern parts and it will become cooler behind the rain with lowest temperatures of 4 to 7 degrees, holding milder in the south though with lows of 8 to 11 degrees as winds veer northerly and ease light.

Cloud will increase overnight with some further patches of light rain or drizzle about but a good deal of dry weather too. Lowest temperatures of 7 to 10 degrees, coolest in north Ulster in light southerly or variable breezes.

Saturday: Mostly cloudy with patchy light rain or drizzle at times in the morning. Prolonged spells of moderate to heavy rainfall will however develop in the west during the afternoon. Highest temperatures of 14 to 16 degrees as light southerly winds increase moderate by afternoon, and freshening along Atlantic coasts.

Further outlook: Becoming quite dull and wet on Sunday with some heavy burst of rain at times. Currently it looks to remain unsettled with wet and blustery conditions at times for the early days of next week. Highest temperatures will remain in the mid-teens generally.