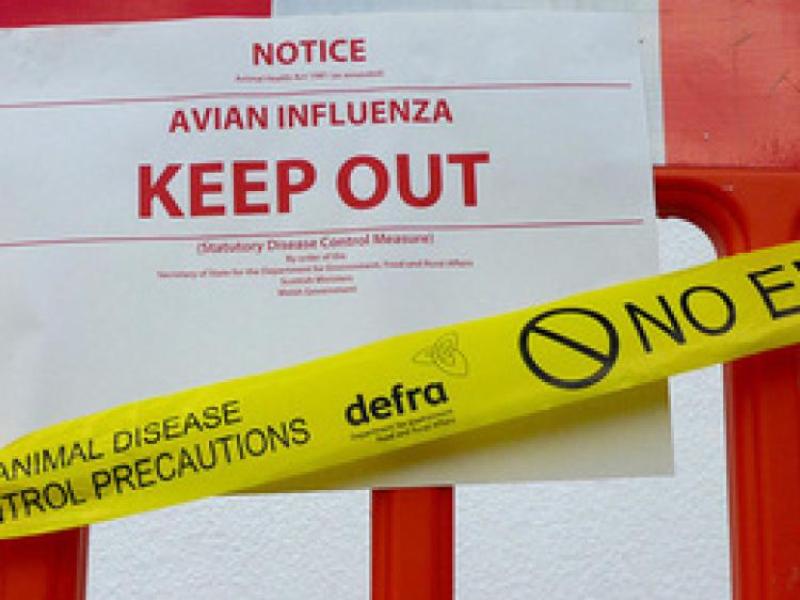 The Department of Agriculture, Food and the Marine has confirmed that a highly pathogenic avian flu (HPAI) has been detected in Ireland.

The case is a subtype H5N1 has been discovered in a wild bird in Oranmore, Co Galway. The peregrine falcon was submitted to Limerick Regional Veterinary Laboratory as part of the Department’s wild bird AI surveillance programme.

Highly pathogenic H5N1 has been confirmed in wild birds, poultry and captive birds in Great Britain, Italy, Germany, the Netherlands, Estonia, Poland and Denmark since mid-October.

"We are currently in the high-risk period (October to April) for the introduction of HPAI into Ireland from migratory wild birds returning to overwinter from areas where HPAI is widespread. Wild birds act as main reservoirs of avian influenza viruses," the Department confirmed.

The Department says it remains in close contact with industry stakeholders and reiterates that strict bio-security measures are necessary to prevent the introduction of avian influenza into poultry and captive bird flocks.

"Flock owners should remain vigilant for any signs of disease in their flocks and report any disease suspicion to their nearest Department Veterinary Office", they added.

The Health Protection Surveillance Centre has confirmed that although the HPAI H5N1 subtype can cause serious disease in poultry and other birds, human infection is extremely rare and no human infections with this virus have been reported in Europe this year. Properly cooked poultry and poultry products, including eggs are safe to eat.