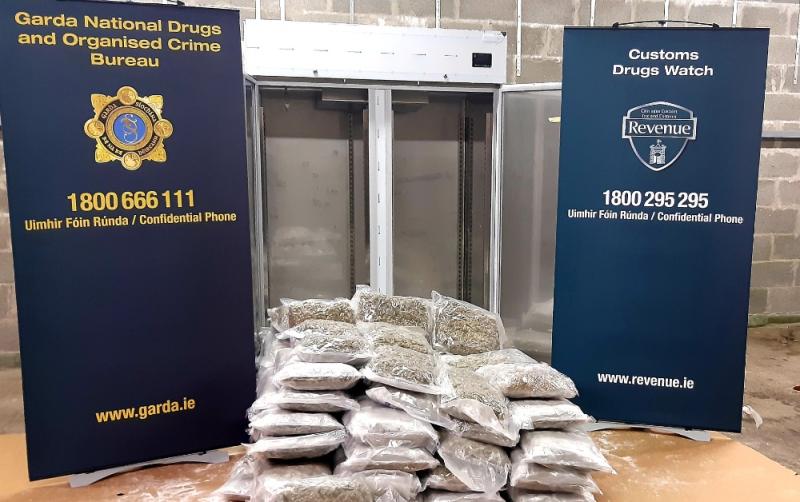 Gardaí and Customs Officers with Revenue Commissioners have intercepted nearly €2 million worth of cannabis herb.

The agencies have revealed that 97 kgs of cannabis with an estimated worth of €1.94 million was seized in the Rathfeigh area in Co Meath yesterday, Wednesday, November 17.

In what was described as an intelligence-led joint operation, the Garda National Drugs & Organised Crime Bureau (GNDOCB), the Meath Divisional Drugs Unit, and the Revenue Customs Service targeted individuals suspected to be involved in an organised crime group.

The asked businesses, or members of the public, have any information regarding drug smuggling, they can contact Revenue in confidence on Confidential Phone Number 1800 295 295.