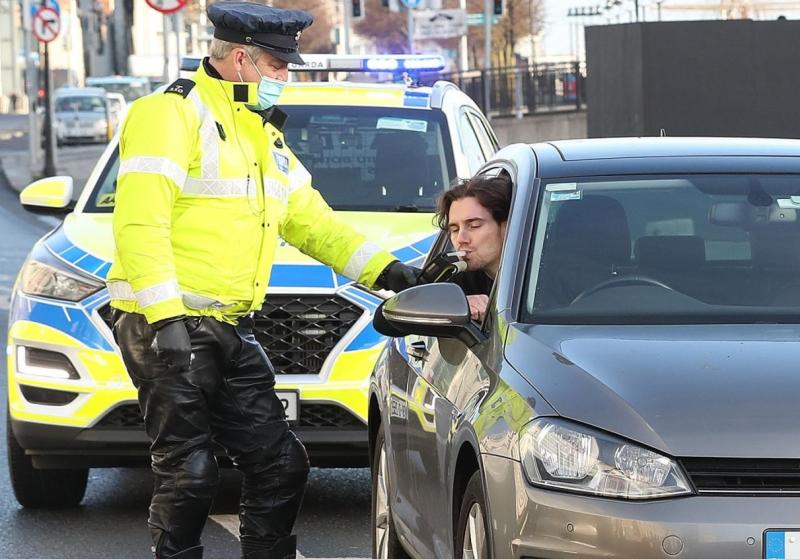 More than 4,450 drivers were caught drink driving and 3,333 have been caught behind the wheel drugs according to gardaí who say nearly 20 people could die on Irish roads because of the problem this Christmas.

The stark figures on a problem that hasn't gone away were revealed when An Garda Síochána and the Road Safety Authority (RSA) called on drivers to act responsibly and to not be tempted to drink and drive this Christmas and New Year.

This year’s Christmas and New Year road safety appeal focuses on the dangers of driving under the influence of alcohol and the devastating loss of life and serious injuries it can cause.

Research published by An Garda Síochána and the RSA at today’s launch showed that over the last five years there were 83 fatalities and 709 serious injuries over the Christmas and New Year period. This means that an average of 17 people die and 142 are seriously injured each year at this time.

Almost seven out of ten fatalities were male, while almost two thirds of serious injuries were male. The time period 4pm to 8pm was highlighted as the highest risk for fatalities. Serious injuries tended to occur predominantly late afternoon/evening, with over half (51 per cent) occurring from 12pm through to 8pm.

Speaking at the launch at Garda HQ in Dublin, Deputy Commissioner, Ann Marie McMahon, spelled out what guards woudl be doing and why.

"This weekend marks the start of the six week Christmas and New Year road safety enforcement campaign by An Garda Síochána.

"An Garda Síochána will be conducting Mandatory Intoxicant Testing checkpoints around the country, to detect irresponsible drivers who drive under the influence of either alcohol or drugs or a combination of both.

"We will also be targeting other lifesaver offences including speeding, not wearing seat belts and mobile phone use by drivers.

"Members of An Garda Síochána will also focus on unaccompanied driving by learner drivers.

"This Christmas and New Year, we are appealing to motorists to drive safely and under no circumstances drive under the influence of alcohol or drugs. 120 people have lost their lives on the roads this year and members of An Garda Síochána have had to deliver this devastating news to their families.

"We don’t want to have to deliver this news to your family this Christmas,” she said.

@RSAIreland and @GardaTraffic launched this year's road safety appeal for Christmas. The focus of the 2021 Christmas and New Year Road Safety Appeal will be on driving under the influence of alcohol and the dangers of drink driving and the ‘morning after’. pic.twitter.com/S7DtzjJHHc

"The morning after is a real danger zone for drink driving.

"Our own research also shows that one in four drivers admit to driving over the limit the morning after. There is no hard and fast rule about when it is safe to drive the morning after if you have been drinking the previous night. But motorists should allow at least one hour per standard drink for the alcohol to clear their system. A standard drink is a half-pint, a small glass of wine or a standard measure of spirits.

"Also, if drinking at home, you may be unknowingly drinking larger measures and therefore increasing the risk of being unsafe to drive the following morning. The key is never to take chances, don’t risk it, you could end up losing your licence or worse.”

Drivers are also being reminded that the Coca Cola Designated driver campaign is running again this year. The scheme offers free soft drinks and water to anyone acting as a designated driver on a night out with friends or family. In addition, Coca Cola has also teamed up with Q-Park cark parks to offer free parking for designated drivers in Dublin, Cork, Galway and Belfast.

Resources on the impact of alcohol on driving and drivers can be found here.