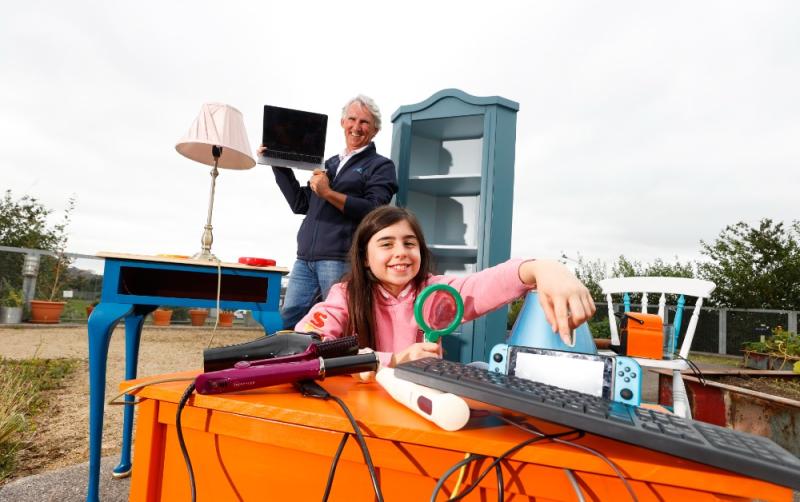 Lee Donovan: "So many of these items can be repaired, reused, or re-gifted, but if they can not, ensure to recycle them for free."

New data reveals that only one in three of the most popular electronic and electrical gifts sold in Ireland is recycled.

The research was conducted by waste management company Weee Ireland.

Since 2019, 33% of end-of-life beauty and consumer electricals such as hair straighteners, shavers, instant print cameras, headphones, and Bluetooth speakers were diverted from landfills, according to their statistics.

The research shows the figure falls under 10% for electronic toys including gaming consoles, action figures, e-scooters, and e-bikes.

CEO of WEEE Ireland, Lee Donovan said 'so many' of these items can be repaired, reused, or re-gifted, but if they can not, ensure to recycle them for free.

"Christmas is a time when many people may be replacing electrical and electronic household items and all of these, along with old toys being replaced by new ones, can be returned for free recycling at your local authority centre rather than dumping them in household rubbish bins." he added.

Mr. Donovan advised that anything with a plug, battery, or circuit board contains valuable components which can be used again in manufacturing.

WEEE figures reveal that more than 7 million electronic toys were sold in Ireland over the last three years – a third of them in the months of November and December.

Mr. Donovan said: "Some consumers may believe that old, unfixable toys and small electronic or electrical items are not as important in terms of recycling compared to larger items such as washing machines, microwaves, and vacuum cleaners.

"But with the rise in consumption of items such as gaming consoles and entertainment devices, it is more important than ever that they are given the same priority.

"Hoarding them in homes is a waste of their potential as the materials used to manufacture them can be re-used.

“Consumers can play a huge role by supporting the circular economy and benefit from the feel-good factor of doing something which makes a real difference."

Their message is - if individuals are thinking of buying new household appliances, replacing lights or clearing out old toys for Santa, to use free e-waste take-back to dispose of your old and broken ones.