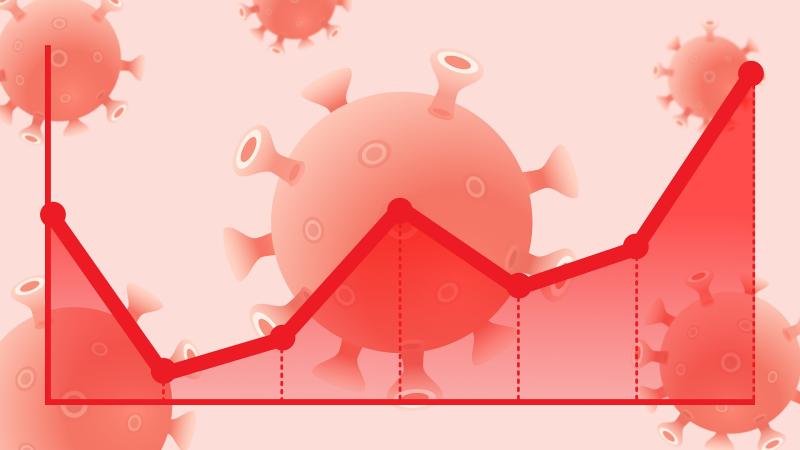 The experimental analysis on Measuring Mortality Using Public Data Sources looks at the period from October 2019 up to the end of December 2021 using death notices placed on the website www.RIP.ie to monitor trends in mortality in Ireland.

Based on the analysis of thousands of death notices, the total excess mortality for 2020 and 2021 in Ireland is estimated at 3,533. This is the number of death notices above and beyond normal circumstances.

The monthly analysis of excess mortality shows two significant peaks: in April 2020 (39% above average) and January/February 2021 (21% and 18% above average).

A less pronounced, but extended excess, was observed between July and November 2021, ranging between 10% and 16% above average before falling to 5% in December.

Commenting on the results, Statistician, Rob Kelly, said: "Since the end of March 2020, the CSO has been using the website RIP.ie to keep track of death notices. Death notices as far back as 01 October 2019 were analysed, to include the last month before the first global cases of COVID-19 were notified. The analysis has now been updated to end of December 2021 providing two full calendar years for analysis (2020 and 2021). The Death Events Publishing Service (DEPS) of the General Register Office (GRO) has been monitored in tandem, to validate the volumes of death notices published.

"Due to the Irish custom of holding funerals within two to three days following death, these notices are usually placed in a fast and efficient manner, providing a valuable crowd-sourced means of tracking deaths. The notices are placed close to 'real time'. We found that the average length of time between date of death and publication is about 1.1 days. In comparison, the statutory time limit for the registrations of deaths in the State is three months."

He continued: "The analysis conducted for October 2019 to December 2021 shows some important trends. Most notable are the increases in death notices in April 2020 and in January and February 2021 when compared to recent years. The number of death notices increased to 3,528 in April 2020 from 2,881 in March 2020.

"In comparison, the average number of deaths for April for the years 2016 - 2019 was 2,536, according to official month of occurrence mortality statistics as measured by the CSO. A total of 3,965 and 3,178 death notices were recorded in January and February 2021 respectively while the average number of deaths was 3,286 for January and 2,685 for February for the years 2016-2019 (again according to the official month of occurrence mortality statistics)."

"This assumes that, in the absence of COVID-19 deaths, mortality would have been similar to the average as measured over previous years (2016 to 2019). Analysis of more than 75,000 death notices for the period January 2020 - December 2021 provides an estimate for excess mortality of 3,533," Rob Kelly concluded.