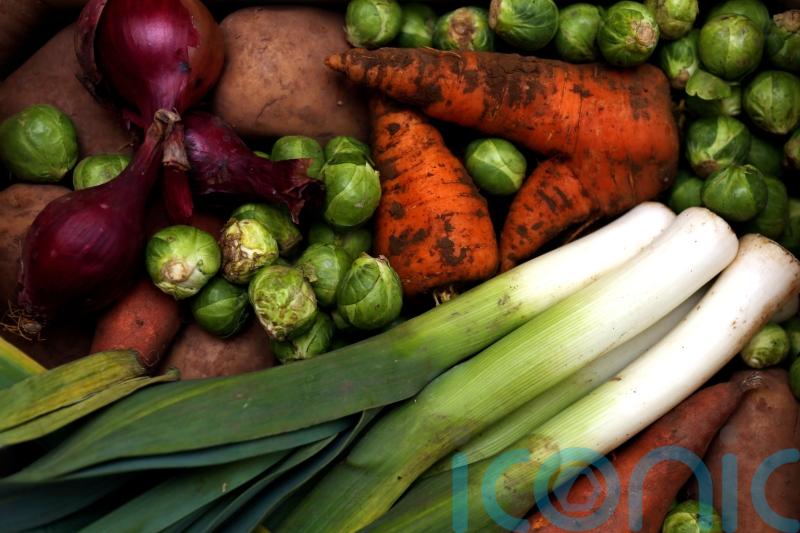 Vegetarians could have a lower risk of developing cancer compared with meat eaters, according to a University of Oxford study.

Compared with regular meat eaters, those who consume small amounts of meat have a 2% lower risk of cancer, while pescatarians – who eat fish and vegetables – have a 10% reduced risk and vegetarians are 14% less likely to develop cancer.

Experts said that people who do not eat a lot of meat had a 9% lower risk of developing bowel cancer compared with “regular” meat eaters.

And vegetarian women were 18% less likely to develop postmenopausal breast cancer compared with those who ate a regular amount of meat.

The study, published in the journal BMC Medicine and co-funded by World Cancer Research Fund and Cancer Research UK, saw researchers from the University of Oxford analysing data collected from 472,377 British adults taking part in the UK Biobank study between 2006 and 2010.

The participants, aged between 40 and 70, were asked about their dietary habits including how regularly they ate meat or fish.

Researchers then tracked their health records for up to 11 years to see whether or not they went on to develop cancer.

During this time 55,000 cases of cancer were identified among the participants.

Dr Giota Mitrou, director of research and innovation at World Cancer Research Fund International, said: “One in two of us will get cancer in our lifetime and while there are lots of things about cancer we cannot control, we know that currently 40% of cancer cases could be prevented through lifestyle changes including diet, weight and physical activity.

“The results of this large, British study suggest that specific dietary behaviours such as low meat, vegetarian or pescatarian diets can have an impact on reducing the risk of certain cancers: in this case bowel, breast and prostate.”

Dr Julie Sharp, head of health and patient information at Cancer Research UK, said: “Maintaining a healthy diet is a great way to lower your risk of cancer and eating less processed meat reduces your risk of bowel cancer, specifically.

“But more research is needed to understand the link between red and processed meat and other cancer types.

“Having some bacon or ham every now and then won’t do much harm. If you are having a lot of meat a lot of the time, then cutting down is a good idea, but a vegetarian diet doesn’t always mean someone is eating healthily.

“It’s more important to have a balanced diet with lots of fruit, vegetables and high fibre foods, like wholegrains and pulses, and low in processed and red meat and foods high in salt, sugar and fat.”