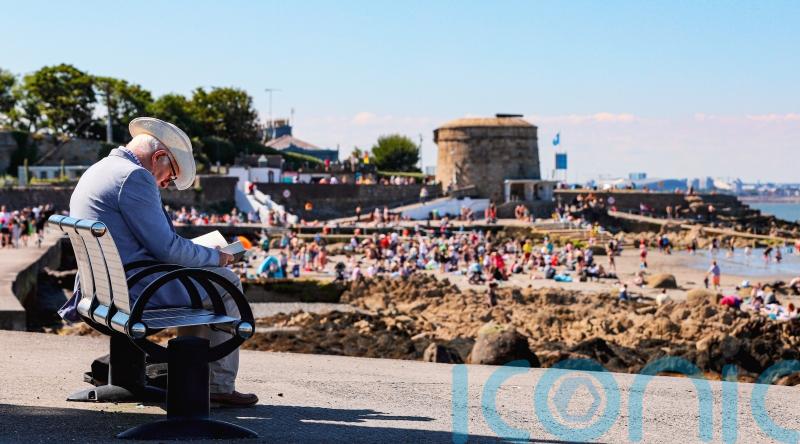 A high temperature warning has been issued for Ireland from this weekend, with people being advised to take precautions against getting sunburn or heat stroke.

The Status Yellow alert is set to be in effect from 6am on Sunday until 9pm on Tuesday, with temperatures of up to 32C possible in places on Monday.

Issuing the alert on Friday, Met Eireann said the “exceptionally warm weather” will bring temperatures of 25-30C during the day.

Nighttime temperatures will range from 15-20C.

Speaking on RTE Radio, senior forecaster at Met Eireann, Gerry Murphy, said it is “quite unusual” for Met Eireann to issue a high temperature warning but not unprecedented.

“The temperatures occasionally do reach the very high 20s or 30 degrees in Ireland, but we’re going to see those high temperatures above 25 degrees for three days, over a good stretch of the country, which means that it’s a fairly widespread weather event across the country.

“It’s not going to be the same everywhere, but overall it’s going to be very warm right across the country.

“The temperatures will climb to the low to mid-20s on Saturday with the highest temperatures in the Midlands, and then as you move through Sunday, Monday, Tuesday – all areas very warm.

“Monday will be the warmest of the three days. We can expect temperatures to break 30 degrees over a good part of the country on Monday, which is quite unusual.” 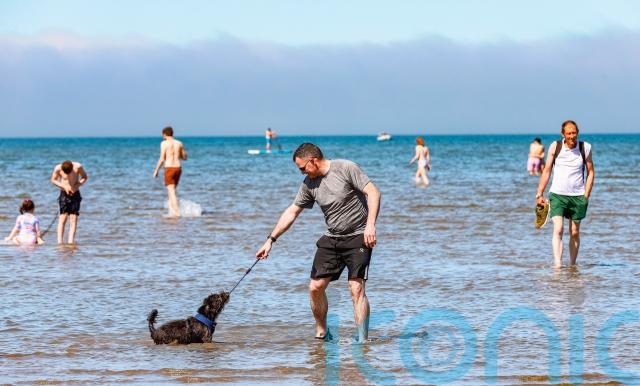 “As they meet that hot air, some of those showers can be very heavy, with some thunderstorms possible.”

A risk of heat stress, especially for more vulnerable members of the population; high solar UV index, which means there is a high risk of sunburn; and a risk of water-related incidents as people flock to lakes and beaches in the warm weather are all possible risks associated with the hot weather.

Mr Murphy said: “So we have mentioned heat stress in vulnerable people – most especially the very young, the very old – where these conditions can have potentially negative effects.

People have been warned to take precautions during the hot weather.

The HSE National Cancer Control Programme is advising people to protect their skin from the damaging effects of sun exposure, particularly during the hours of 11am-3pm from April to September.

Minister for Agriculture Charlie McConalogue warned people not to leave their dogs unattended in cars, to make sure shade and plenty of water is available to them, and if possible, to exercise them during the morning or evening.

The Road Safety Authority has advised people to be aware of the dangers on the road posed by glare, which can result in drivers being dazzled or blinded by the sun.