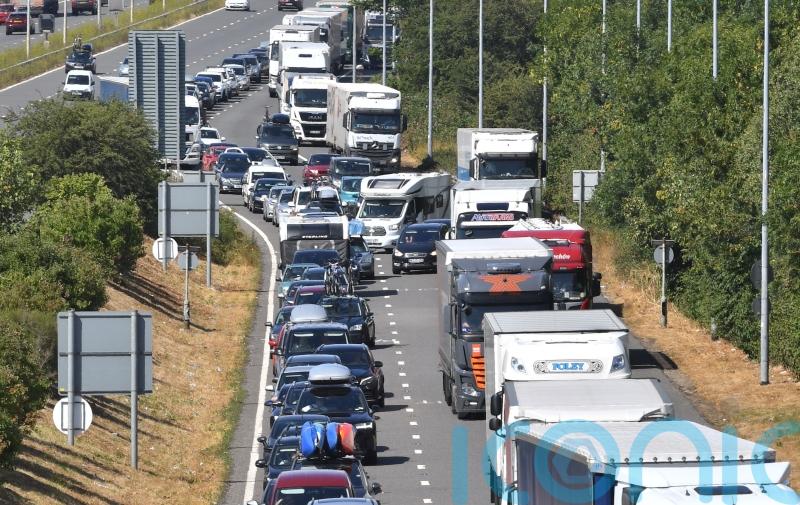 The use of cars and public transport has declined since the onset of the Covid-19 pandemic and people have become more active, a new survey shows.

The Central Statistics Office (CSO) found car usage was down last year compared to pre-pandemic levels and people were also spending less money on petrol and diesel than they did before the virus.

The figures showed that of those who travelled by car daily or almost daily (at least five times weekly), less than nine in 10 (87%) continued with similar frequency at the end of last year.

One in 11 (9%) was using a car less often (three to four times weekly), and 3% were only making trips by car once or twice weekly.

More people were spending less on their petrol/diesel in 2021 than they did prior to the pandemic with nearly half of all respondents saying their motor fuel spend had changed between 2021 and 2019.

Of these, over three quarters were spending 50 euros or less per week on petrol or diesel.

The greatest proportion (almost a third) were spending just 20 euro or less per week on motor fuel, compared with 27% pre-Covid-19.

Ms Delamere added that people were walking more than they did before the pandemic.

“We are also becoming more active since Covid-19,” she said.

Leisure/exercise purposes was the main reason for almost six in 10 cycling journeys and nearly half of journeys by foot.

The research also found that in the last three months of last year, Covid-19 concerns were a factor in people not using public transport more frequently, despite the easing of restrictions elsewhere in the economy.

Restrictions on public transport – the requirement to wear face coverings and appropriate seat spacing – remained in place until early 2022.

Of those who used rail or bus services infrequently, one in seven (14%) respondents said that they had concerns regarding Covid-19, as did one in 10 (10%) respondents who use rail services less than weekly.

The survey was carried out in the fourth quarter of last year, more than a year and a half since the start of the pandemic.