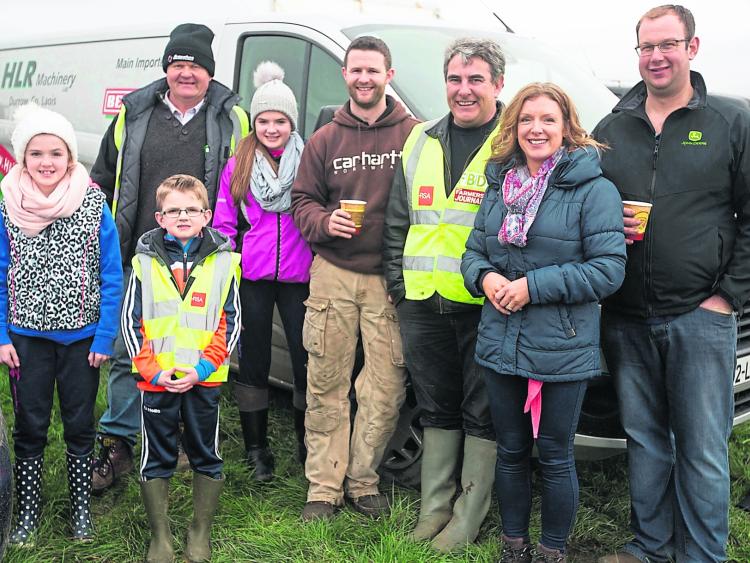 Some of the South Laois ploughing members at the Laois Ploughing 50th championships at Cannonswood. Picture: Alf Harvey.

A Laois team is all set for the National Ploughing Championship this week which kicks off on Tuesday, September 19 and runs for three days until Thursday, September 21.

'The Ploughing' as it is known, is on in Screggan in Tulamore this year.

The Laois County Ploughing Committee celebrated it's 50th anniversary this year and the Chairperson Jim Greene has wished the Laois contestants the best of luck.

The committee also thanked Billy Shaw and his friendly staff for sponsoring the Laois County Ploughing team and for his continued support through the years.

The Laois Ploughing team will compete in the following categories: