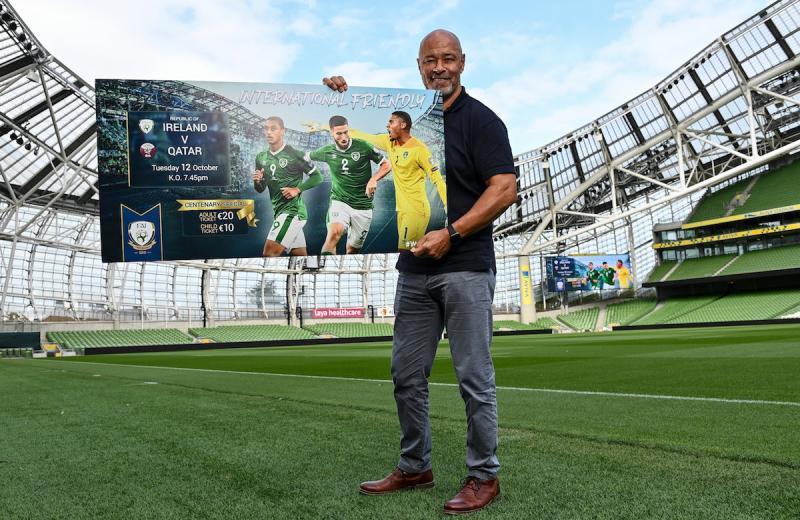 Tickets for Ireland's next friendly with Qatar are on sale at a special reduced centenary rate, to mark the 100th anniversary of the FAI.

The tickets are priced at the special price of just €20 for adults and €10 for children for the match on Tuesday, October 12, with kick-off at 7.45pm.

Stephen Kenny's Republic of Ireland are set to wear the limited-edition Centenary jersey, created by Umbro, against Qatar as part of the #WeAre100 FAI Centenary celebrations.

Ireland legend Paul McGrath speaking at the Aviva Stadium to promote the fixture has called on the Irish support to get behind the team as they look to secure an important home win.

"I think we've seen a few of the young players coming through now and they're going to be real assets for us in the future," said Paul McGrath.

"Every match matters at international level as we look progress towards tournaments in the future and the match against Qatar is another match for these players to show what they can do," he said.

Ireland are set to travel to Baku, Azerbaijan for a FIFA 2022 World Cup qualifier on Saturday, October 9 before returning to Dublin for the international friendly with the squad for the double-header set to be announced on Thursday, October 30.

Tickets are now available to purchase from Ticketmaster with Premium Level tickets available for €85 for the international friendly at the Aviva Stadium.