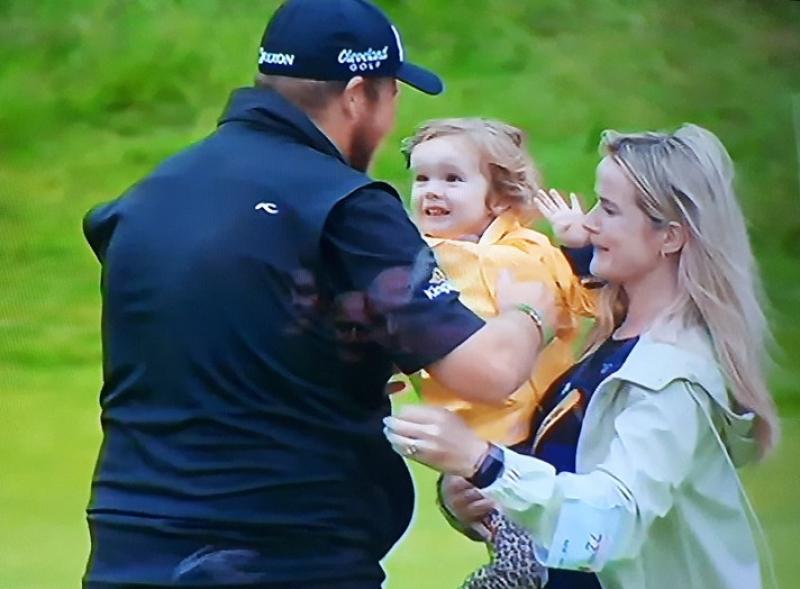 Golfer Shane Lowry has not lost his hunger for the Ryder Cup but his view of the atmosphere at Whistling Straits course in the US was soured after his Laois wife Wendy and other family members were on the end of what he called 'dog's abuse' from the partisan American fans.

The Offaly man spoke about what he and his family experienced after the European team were beaten by the USA in the bi-annual event in Wisconsin. MORE BELOW TWEET.

Shane Lowry gets applauded by his team mates during the press conference. #TeamEurope pic.twitter.com/nelKi5QyzS

With little European support able to be present, due to Coronavirus restrictions, the atmosphere was even more hostile than usual.

"I didn't think it was that bad until I asked my wife what it was like for her, and they got dog's abuse going around as well," Lowry said. "It's not very nice for them to have to listen to it, but that's a small percentage of the crowd.

"I finished my match on 16 on Sunday and I was walking back down to follow the other groups and I got a huge ovation off the crowd and in the grandstand on 16, that was pretty cool. And I thought I got on well with the crowd last week as best I could," Shane said.

"But they are obviously a home crowd and they are going to be a partisan crowd. But some of the stuff is not very nice. But look, that's just the way it is. Some people are idiots, especially when they drink.

"Nobody turns into a genius drinking, and that's what they were doing last week. Especially if you were out in the afternoon matches, it was loud."

He revealed that he even warned his wife Wendy (nee Honner) from Coolrain and his dad Brendan, a former All Ireland winning footballer with Offaly, not to get drawn into it.

"I said it to my wife at the start of the week. And I warned my dad not to get involved with anyone. It’s just the way it is," the Offaly man said.

He regretted the outcome for his Irish team captain.

"I'm just so disappointed for Paddy, to be honest," Lowry said of team captain, Padraig Harrington. "I don't think he deserves the beating we got last week"

"It's hard because he's a very good friend, and that's what I'm most disappointed about last week is we didn't perform as a team for him.

The golfer was speaking, ahead of the Alfred Dunhill Links Championship, the Clara man says he is looking forward to being part of a European team that gets revenge for the 19-9 in Wisconsin.

"But as regards the week itself, I couldn't have envisaged what it would be like for me. It was amazing. It was one of the best experiences of my life, and it's the only thing I want to do for the next two years.

"I don't care what I do for the next two years now as long as I'm back in Rome to try to take the trophy back off them," he said.