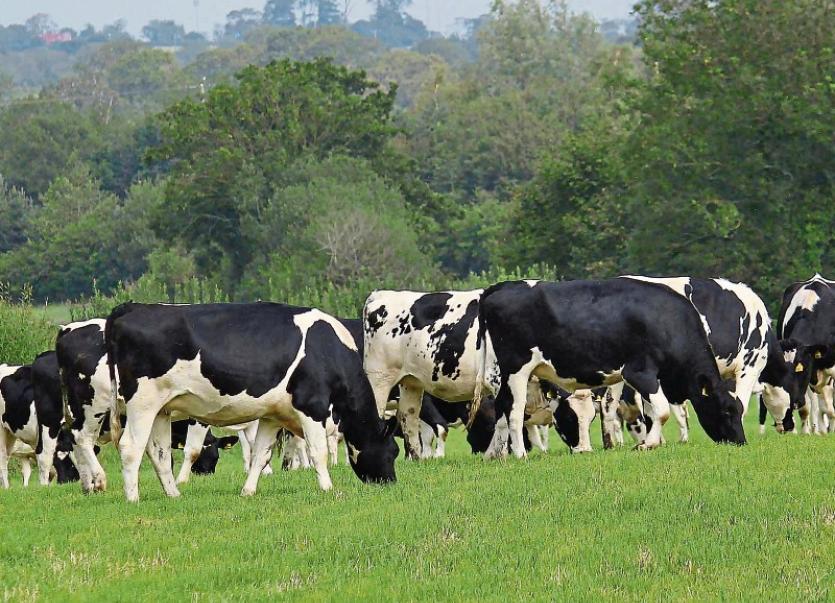 There seems to be an obsession amongst some about reducing the national cow herd to appease a poltical ideology instead of backing farmers at a time of crisis, according to IFA President Tim Cullinan.

“The Paris climate agreement states that emission reductions should not threaten food production,” said Mr Callinan. “It’s also now clear the way methane from bovines is being accounted for in the climate figures is inappropriate.

“People need to stop making superficial policy proposals based on calculations that we know are flawed, just to appease a political ideology.

“Another elephant in the room is that farmers are getting no credit for the carbon they are sequestering. We need to talk about net emissions from agriculture rather than gross emissions.

“The lazy narrative of cutting the national herd ignores the science and international climate policy. The latest stark warning from the UN World Food Programme is that the COVID-19 pandemic will push an additional 130 million people to the brink of starvation.

“Ireland is one of the most carbon efficient countries in the world to produce food. If it’s not produced here, it will be produced elsewhere with higher emissions,” he said.

The IFA said this is a time to back, not attack, farming and food production.

The associaiton said it is time policy actions and decisions were made which include:

- Recognising the short lifespan of methane in the atmosphere and the natural carbon cycle that has happened in agriculture for hundreds of years.

-Ensuring farmers receive the full credit for the carbon that is stored and sequestered in their hedgerows, grassland, crops and forestry.

The IFA said it would continue to work to ensure a fairer and balanced representation of farmers actions on climate.

In a seperate statement, Mr Cullinan said the next Government must look at the way emissions are being calculated and accounted for before rushing headlong into environmental flag waving while ignoring scientific developments.

“I acknowledge the recognition in the response from FF/FG to the Green Party that biogenic methane must be treated differently. This is an important development.

“However, farmers must also be given credit for sequestration and the new Climate Bill has to factor in the latest Teagasc research which shows that Nitrous Oxide emissions from farming are being over counted.

“There are also huge lessons to be learned from the COVID-19 crisis. There are still the same number of animals on our planet, but emissions have dropped through the floor. We need a serious re-look at how we are measuring and accounting for emissions.

“The environmental credentials of our dairy and beef sectors are well established. Fianna Fail and Fine Gael cannot allow the Green Party tail to wag the dog. Farmers are ready to step up and embrace policies that put them at the centre of climate action.

“We must look at net emissions from agriculture that takes into account the carbon farmers are currently sequestering and new learnings on methane. Any reduction in cattle numbers would be very damaging to the rural economy at a time when we are looking to move on from the impact of COVID-19,” he said.

Mr Cullinan said the two main parties that are looking to form the next Government should keep the focus on a coherent renewables policy.

He said farmers were enthusiastic about getting involved in renewables, but Government action to date on farm scale renewables had been very practically non-existent.

The statement concluded that the IFA was in regular contact with the party leaders in follow up on our submissions and to ensure that full recognition must be given to the role of agriculture in all facets of any Programme for Government.