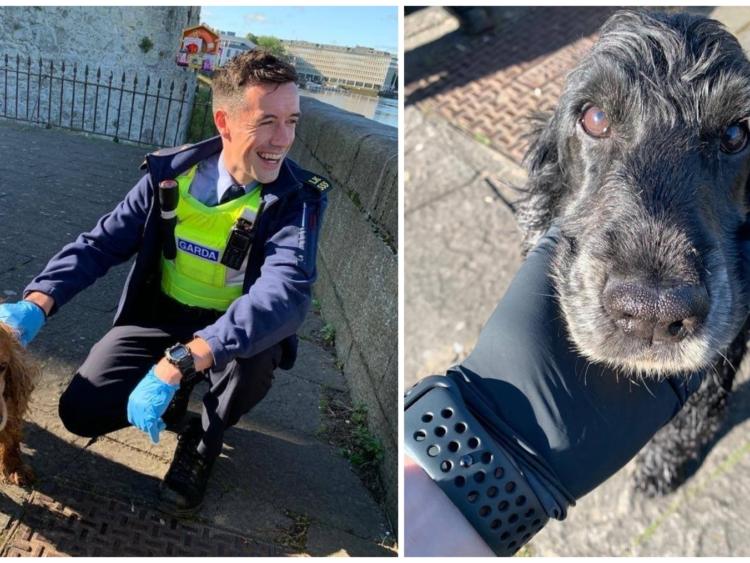 Brave gardaí rescue two dogs from drowning in the Shannon

Two dogs were reunited with their owner after a daring rescue in the River Shannon on Tuesday.

Gardaí from Limerick City, along with members of the public, rescued the two pets from the River Shannon beside King John's Castle.

The dogs got into difficulty after going for a wayward swim but after the rescue, they were reunited with their owner at the scene.