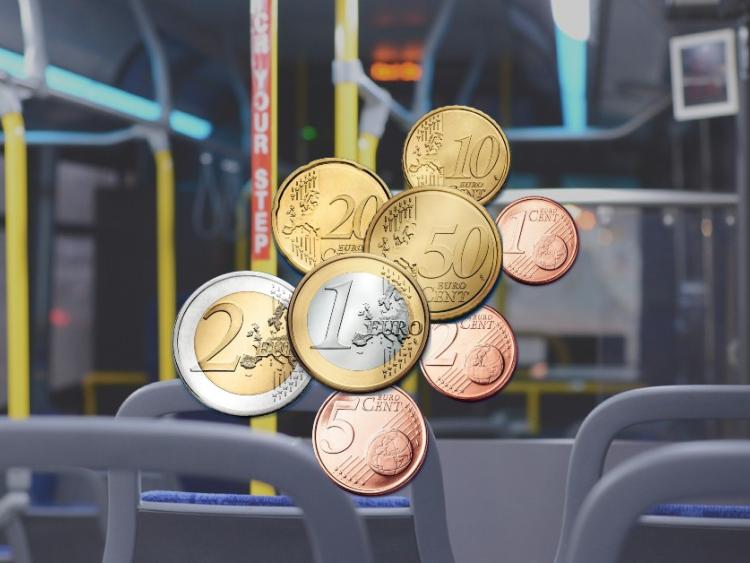 The importance of public transport is a hot topic not only in Ireland but across the whole world.

Rising traffic congestion and air pollution are concerns of many cities, keeping authorities awake at night. This is why public transport gains more recognition — it seems like an obvious solution to the problem, and in numerous cities, officials try to encourage commuters to use collective transport.

Luxembourg, for example, has recently launched the world’s first free nationwide public transport, not only for its residents but also the tourists. On a smaller scale, various other places, like Tallinn in Estonia or Olympia in the United States, have introduced free public transport for their residents.

What keeps people from using public transport then? Despite its many advantages, some cities struggle to make public transport fast, convenient, and affordable. The price of the daily commute can convince or discourage a citizen from taking the local bus. This is why Picodi’s Analysis Team decided to examine the prices of monthly passes in the biggest cities of the world and contrast them with average wages to check their affordability. 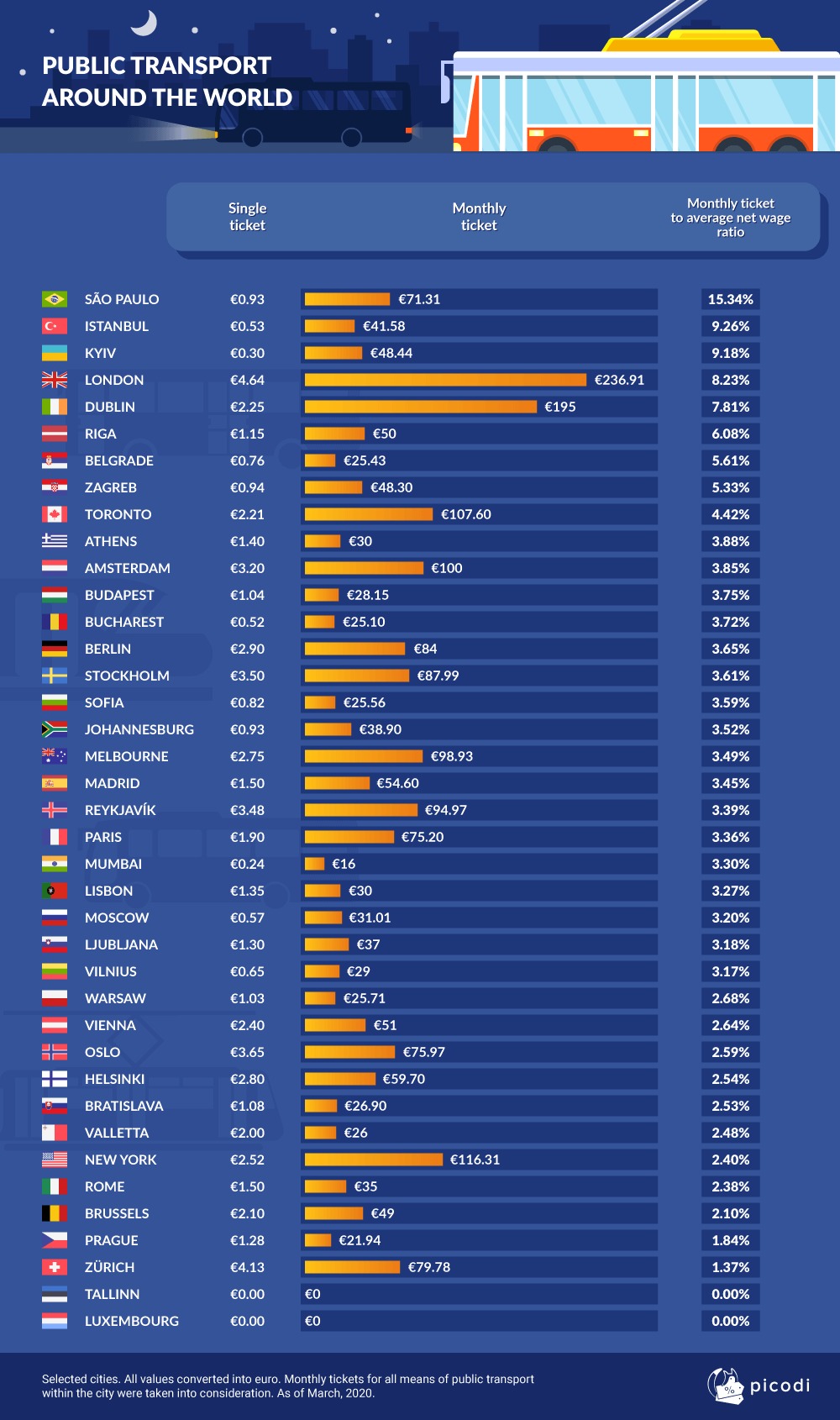 The highest prices for a month of unlimited access to public transport were noted in London (around €237), Dublin (€195), and New York (€116). However, when taking into account the average monthly wage, the tables have turned for New York: it placed 33rd out of 39 cities. It means that an average New Yorker could buy a monthly pass for bus and subway with just 2.4 per cent of his net pay.

Residents of Dublin are not as lucky — with the average net pay of €2,496 (Numbeo data as of March 2020), they would have to spend almost 8 per cent of their hard-earned money on public transport pass. In a similar position are people living in London (8.23 per cent), as well as Istanbul and Kyiv (around 9 per cent). Still, it is the residents of São Paulo who are the worst off: they would have to spend more than 15 per cent of their monthly pay to freely ride public transport. 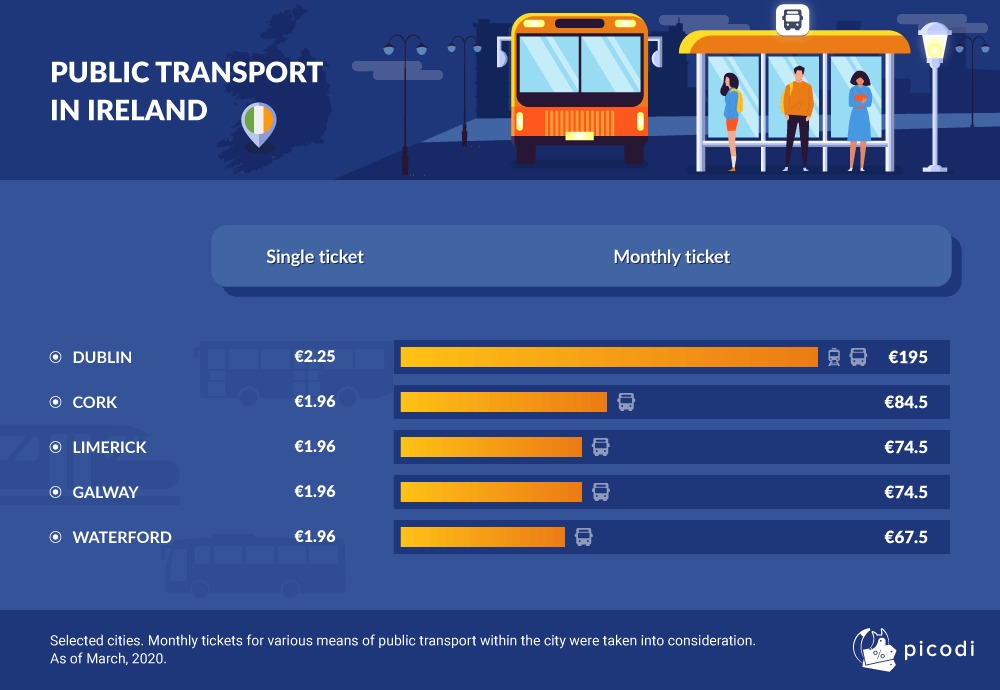 Unsurprisingly, among the 5 biggest cities in Ireland, the most expensive public transport was noted in Dublin (€195). The price of a monthly pass in the capital city of Ireland is more than double the price in other cities. The variety of services included in the price may explain such amount: a monthly pass holder in Dublin can freely ride buses, Luas and rail.

Cork ranked second, with €84.5 for unlimited access to bus, followed by Limerick and Galway with €74.5. The cheapest public transport among the biggest Irish cities was noted in Waterford — €67.5 for monthly bus rides.

The research was based on prices of single tickets and monthly passes collected from local public transport operators, as of March 2020. The average net wages in 39 cities considered in the international ranking come from numbeo.com. For the currency conversion, the average Google Finance rates for February 2020 were used

The ranking includes prices of single tickets and monthly passes that grant unlimited rides for all means of public transport within the city. In the single tickets comparison, the most advantageous price for the commuter was taken into consideration — purchased via mobile application or with the special commuter card (but excluding ticket booklets).