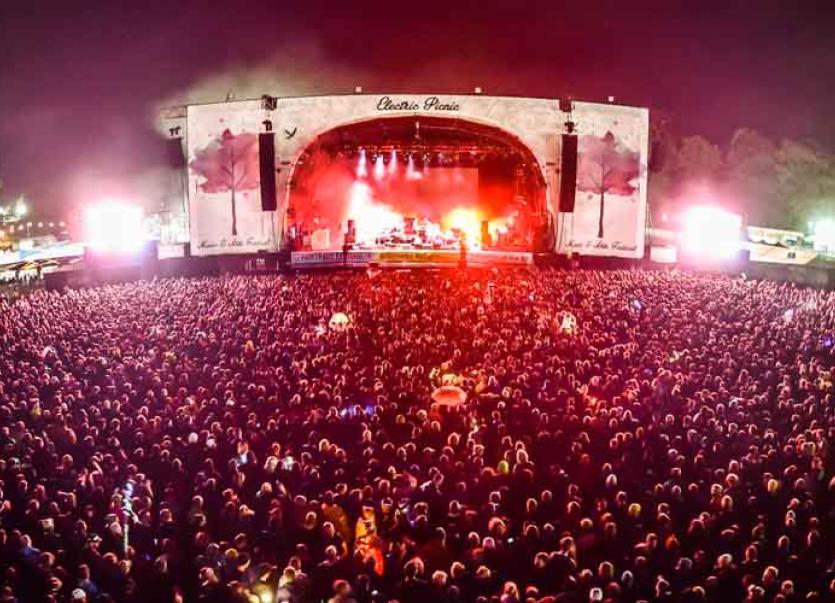 Festival Republic MD Melvin Benn has confirmed this Tuesday May 11 that he is confident Electric Picnic will take place as normal this September in Laois, but with everybody tested beforehand for Covid-19.

Speaking on RTÉ's Morning Ireland, Mr Benn was asked by Mary Wilson if it could be an Electric Picnic as we know it.

"I can see no reason why it wouldn't be. It feels relatively safe to produce an event where everybody is tested, literally everybody, the staff, the bands the festival goers," he said.

While the Longitude 2021 festival for July in Marley Park was cancelled yesterday, test concerts are expected to happen in Ireland next month.

Festival Republic hosted a test concert in Liverpool's Sefton Park on May 2 with 5,000 people pre-tested enjoying a mini festival as it used to be, no masks or social distancing. Mr Benn said the results of the tests five days afterwards are "looking really positive".

"It would be remarkably similar. The event in Liverpool was extraordinarily similar. It felt like you were in 2019 pre Covid, it felt normal. Of course there was additional hand sanitiser etcetera, but in the knowledge that everybody had been tested everybody was super comfortable," Mr Benn said.

Festival goers would not need to be vaccinated.

"The Liverpool audience wouldn't have been eligible for a vaccine, in the UK we haven't got to that age group yet.

"Ireland is four to five weeks behind the UK in planning, the Irish government would be saying we will be back to normal in August. A couple of test events as Minister Martin suggested would be valuable. But the scientists from Ireland and the UK talk to each other all the time, and the learning from Liverpool would be there," he said.

The Minister for Arts Catherine Martin TD said yesterday she wants to conduct test events in Ireland in June.

“I’m really keen to conduct a number of live pilot events in the music, culture, and entertainment sectors, in both large and small-scale venues. Indoors and outdoors. In Dublin and outside Dublin,” Minister Martin said.