Fianna Fáil would 'plunge us into chaos' says Flanagan 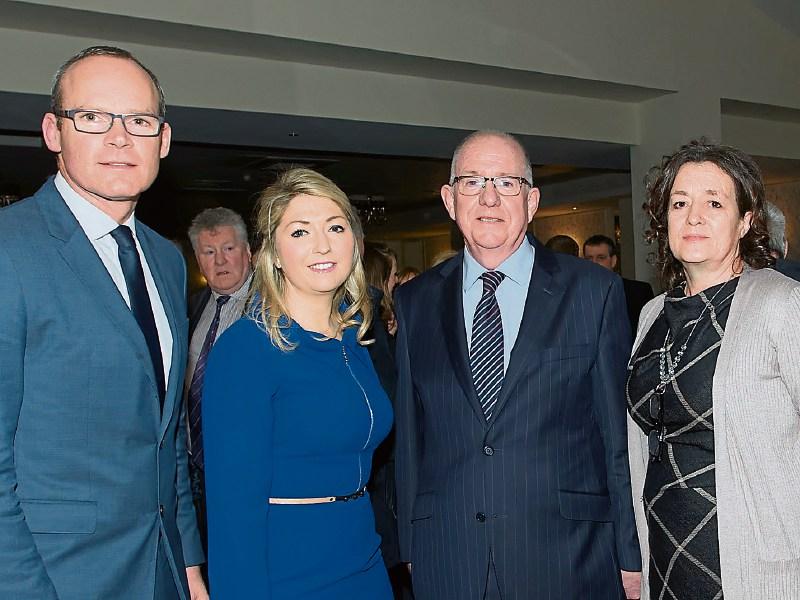 There was no mention of other Laois candidates at Laois Fine Gael’s election launch, but Fianna Fáil got lambasted for the economic crash, with dire predictions if they win power again.

Minister for Foreign Affairs and Trade Charlie Flanagan noted his party's turnaround of the “worst economic catastrophe” back to stability over the past five years, and the chance to make history now.

“We have an historic opportunity for the first time ever to ensure a second term in office. I am the first government minister in this constituency for forty years, and that is a foundation we can build on. I’m proud to stand alongside Thomasina, but don’t let anyone tell you this election is going to be easy,” he said at the launch in the Abbeyleix Manor Hotel last Friday January 15.

He did not hold back in describing the economy they inherited when elected with Labour in 2011.

“Five years ago you could sense the fear and despondency. Cowen had presided over the worst economic disaster in the history of the state. We saw ghost estates, school playgrounds covered in prefabs, long dole queues. We saw young people pack their bags and leave. We saw the tumbleweed blow down the main streets as people hesitated to venture to the shops. In Dublin we saw the Troika stride into government buildings,” he said.

He listed how Laois has improved, with €36 million invested in the county’s schools, €7.6 million in roads, 41 new Garda vehicles in the Laois Offaly division, and a refurbishment of Portlaoise Garda station.

He warned that a government of independents and Fianna Fáil would “plunge us back into chaos and crisis”.

“How long would it take Clare Daly, Mick Wallace, Shane Ross, to reverse progress and destroy the hard work we have done? This election is about a choice of stability. We must ensure our message is sold on the doorsteps. I know from experience that there is no such thing as a safe seat. Let's make the most of this campaign for our great party, leave no stone unturned to maximise votes, and fight the good fight,” he said.

The outgoing Laois TD also noted that the live register has fallen by over 20 percent.

Solicitor Thomasina Connell from Ballybrittas began an energetic campaign weeks ago, door to door in Laois and the new constituency area of south Kildare, undeterred even by a dogbite in Arles.

“I am thrilled that people have responded so positively to me,” she noted.

She is relatively new to Fine Gael, but points to her youth, her farming background, her expertise in the legal world, and being female, as her strengths.

“I believe we can win two seats. Laois has not been represented by a woman since the foundation of the state and I aim to change that,” she said, noting that 51% of the constituency is female.

She was in her 20's when the present government was formed.

“The future looked bleak, with mass unemployment and emigration. The future is full of opportunity now. People may point to mistakes made and areas of work that need to be achieved, but there is simply no credible alternative other than Fine Gael as the next government. I want to deliver for the people of this constituency,” she said.

Bolstering the campaign launch of Minister Flanagan and Ms Connell was Minister for Agriculture Simon Coveney, who stirred up the room of stalwart supporters.

“This is the third time in fifty years that Fine Gael have had to pick up the reins after Fianna Fáil destroyed the economy,” he said to a round of applause.

“In truth Fine Gael has never really been in a full term of government in a time of growth, because we have been fixing what’s broken. We have an opportunity this time to get re-elected,” Minister Coveney said, urging supporters to help on the campaign to get reelected for the first time in history.