No talk of future policy as Labour lash out at launch 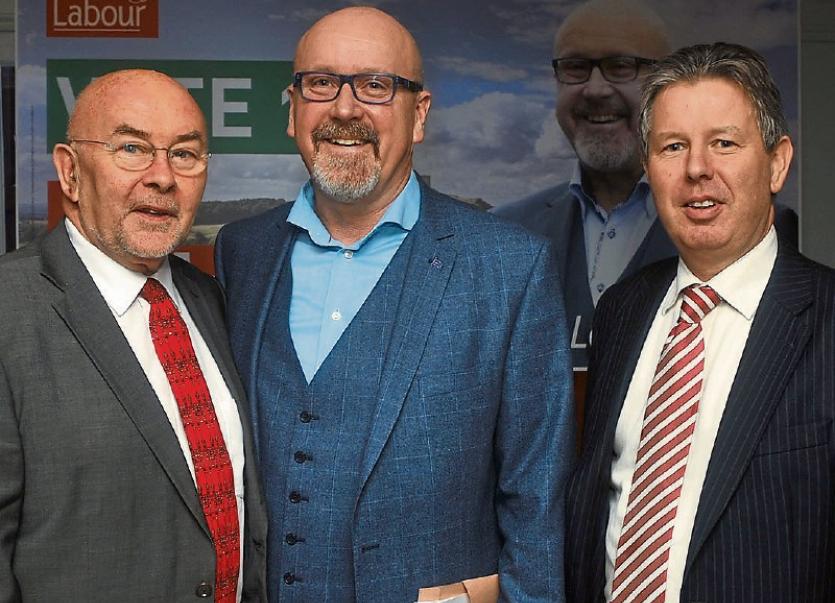 From Sinn Féin to Renua, John Whelan and his guest speakers pulled no punches as they ripped the opposition to pieces, with little or no mention of what they promise to do in the future, if they retain a share of the power.

Sen Whelan himself chose to pick on Fianna Fáil, Renua and the Independent Td's.

“People of Fianna Fáil persuasion have been making a big hoo-ha over a few posters - well the poster I found most offensive was the poster that they put up in the Top Square for three general elections in a row, promising that they would build five new primary schools. I’ll tell you how many primary schools they built - none,” he said.

He went on to say: “On the other side - a coalition of chaos made up of Gerry Adam’s Sinn Féin and a little bit of Fianna Féil because some people in Fianna Fáil are certainly playing footsy with Sinn Féin behind Micheál Martin’s back.

“That might be a marriage of convenience for Fianna Fáil now, but I think it’s going to be a shot gun wedding that the Fianna Fáil party will regret,” he said.

The Senator continued: “The other option on offer is Shane Ross and the lads, they’re not a party, they’ve no leader but only Shane can talk and only Shane can be a cabinet minister.

“Shane think’s it’s a harem he’s running and not really a political party. They couldn’t agree on the time of day, let alone a policy and they want to run the country.

Lucinda Creighton and the newly formed Renua were not spared either.

“People say Renua want to be the new watchdog in Government, Renua is a one man band with Lucinda in charge and no one else gets a say. Lucinda didn’t leave Fine Gael and the government on the basis of social issues or economic policy. She left on an issue pertaining to women’s health.

“And now she wants to tax millionaires JP McManus and Michael O’Leary on the same tax bracket as people on the minimum wage,” he said.

However, Senator Whelan said he did not like to personalise politics..

“Politics is tough enough business without personalising it. I’ve never liked the idea of targetting anyone and picking on anyone. This is about policy, performance, principles and values, but you’d have to honestly say that this county and this constituency has not been well served by the three TD’s it has continued to elect over and over again.

“Do the maths, if you elect the same three TD’s you’re going to get the same results - zero,” he said.

Portlaoise's Labour councillor, Noel Tuohy said this election was a battle between 'good and evil'

“To Fianna Fáil and Fine Gael supporters I’d say to you if you want to stop Sinn Féin, and we all need to stop Sinn Fein, vote for John Whelan,” he had said earlier.

Senator Maria Cahill, said Sinn Féin TD Brian Stanley was malevolent after he denied the IRA were involved in the murder of Brian Stack.

While former Minister Ruairi Quinn blamed Fianna Fáil for the lack of investment in schools.

“As far as Fianna Fáil were concerned before the election was called, it was a case of Laois/Offaly job done.

“That's one of the reasons why you’ve had such lousy schools for so long because they knew the way you were going to vote,” he said.