'We have a fight on our hands' warns Dep Stanley 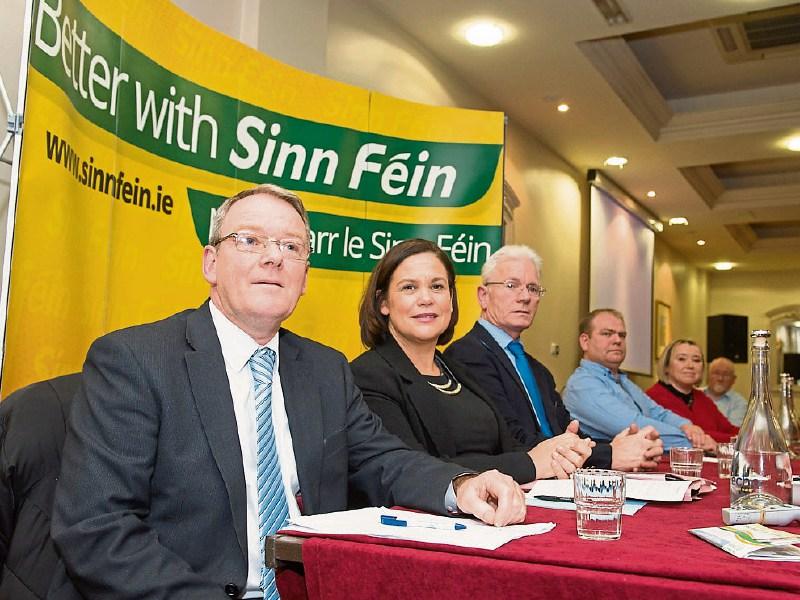 Outgoing Sinn Féin TD Brian Stanley warned his supporters to expect a fight on his hands to retain the seat he won historically for his party in 2011.

Many neutrals saw the Offaly vote contributing significantly to his sucess when he polled more than 8,000 votes in the old five seat Laois Offaly constiuency.

The SF Environment spokesperson in the Dáil put his election team on notice of the challenge faced at the launch of his election campaign in the Portlaoise Heritage Hotel last Tuesday night.

"We have a fight on our hands in this gerrymandered three seat constituency. It will require a major team effort .

"Sinn Féin is a solution based party. Our alternative budgets have been fully costed and they are fair and equitable," he noted.

Directing his attention to the Labour Party, he produced a Labour Party ad from the last election.

"Look at the Tesco style ads the Labour Party ran for the last election, warning people of the dangers of voting for Fine Gael. They went into government with them, and helped them to implement right wing policies.

"We heard a lot about Labour's way or Frankfurt's way. It was all hot air which perished in the cold winds of austerity. They stopped at nothing when it came to cuts,” he said.

The future of the Midlands Regional Hospital, Portlaoise was high on Dep Stanley's agenda.

"The record on Portlaoise Hospital speaks for itself. Sinn Fein will not tolerate any attempts to reduce services in Portlaoise, particularly in the Emergency Department at the hospital,” he said.

The TD said the future of community nursing units must also be clarified.

"A clear plan, property costed, needs to be put in place for Mountmellick, Shaen and Abbeyleix. Sinn Fein is committed to improving the public health system, ” he said.

With an eye on the inclusion of parts of Kildare in the new three seater, the TD highlighted other cuts.

"The door was closed on Monasterevin Day Care Centre. The school dental service in primary schools is over. We have gone back to the 1930s in relation to child dental services."

As regards jobs, Deputy Stanley said there was a huge question mark over the quality of jobs. Pointing to the IDA's record in Laois, he said that foreign direct investment was needed in the county.

The TD also attacked the track record on housing.

"Housing is a major issue. There are 5,000 people homeless in the country, and some of these are in Laois. 90,000 families are in mortgage arrears. Just six local authority houses were completed in Laois in 2015," he said.

On crime he said that crime figures had increased in Laois/Offaly and noted the impact of the closures of Ballacolla and Ballinakill garda stations.

He lambasted what he called the "arrogance and incompetence of Irish Water. "It is a pathetic entity, defended by Fine Gael and Labour," he stated.

"As regards Fianna Fáil, we will not be taking any sermons from the curate Martin, the man who created the HSE, who sat in cabinet during the Galway tent era, and in a government which bankrupted the State, slashed the minimum wage and closed the sugar beet industry," he said.