Hospital More than 200on trollies in December 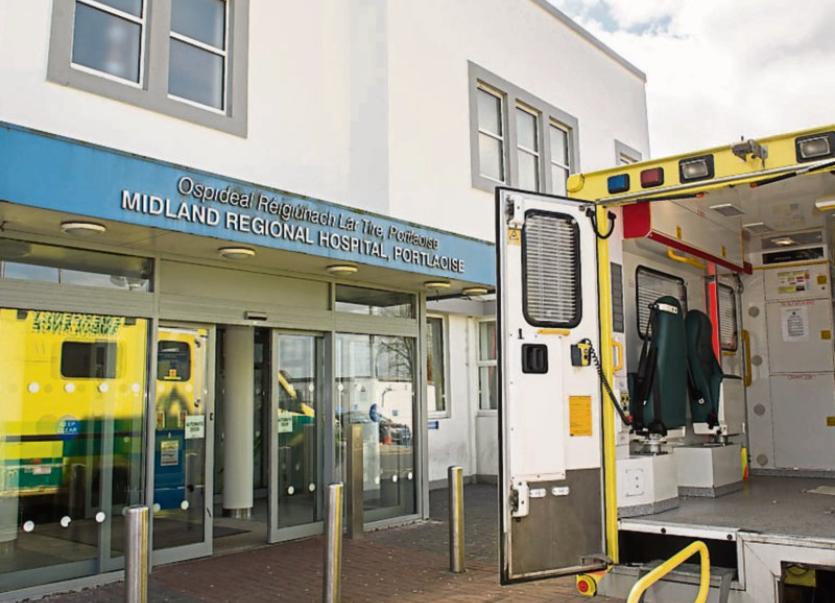 The number of people waiting for beds in Portlaoise hospital has reached record levels, with over 200 patients forced to wait on trolleys in December alone.

The overcrowding in the emergency department, which faces and uncertain future, has remained high in the early days of this January with more than 70 people on trolleys in the first week of the year.

In total, 2,162 people were left on trolleys waiting on beds in Portlaoise hospital in 2015 - an increase of more than 1,600 over the last nine years.

While nationally, the level of overcrowding had decreased compared to 2014, Portlaoise was one of a small number of hospital where the number increased.

The situation was just as bad in Naas and Tullamore, where patients from Portlaoise could end up if theopening hours of the A&E are reduced.

Last month, 138 patients were waiting on bed in Naas Hospital, while 2174 were forced to wait for beds in wards in Tullamore Hospital.

Overall last year, 3,210 patients were left waiting on trollies in Naas Hospital and 2,758 patients were in the same situation in Tullamore.

It was an even bleaker picture in Tallaght Hospital where 4,718 patients were without beds last year.

The INMO General Secretary, Liam Doran said there was no sign of the crisis abating.

“Also, the first days of January this year show no sign of the crisis abating. Today’s (Tuesday, January 12) figures show 537 sick people waiting on trolleys for a hospital bed.”

He said it must be the government's policy to reduce overscrowding.

“It is now absolutely vital that the HSE, immediately commits to fully operating the revised policy.

He continued: “Their priority must be to reduce overcrowding and ensure that nurses can practice safely within a manageable working environment so that we never see these figures again.”