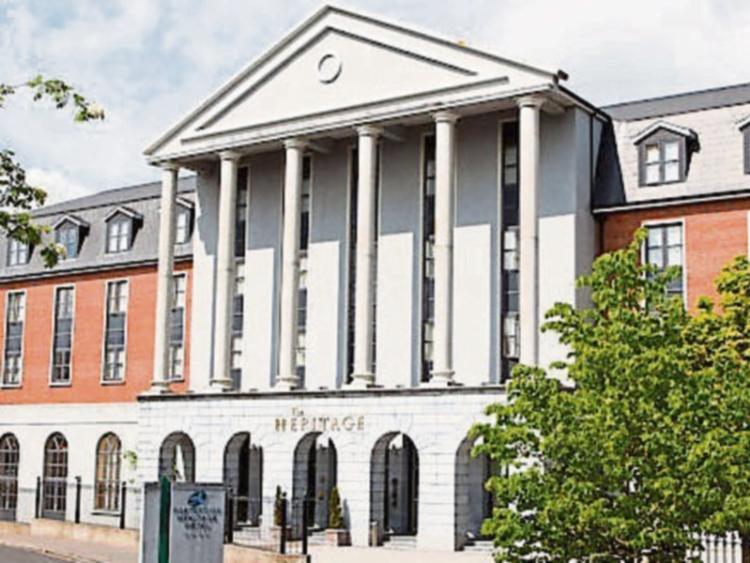 The Portlaoise Heritage Hotel is to undergo alterations and expansion, including conversion of the closed nightclub, if planning permission is approved.

As part of the changes, the Sky Venue nightclub, once host to Ireland’s top acts, now closed for some time, will be no more.

The Wexford-based owners of the four star hotel in Portlaoise town centre plan to convert the nightclub into more bedroooms, adding windows to the first floor facing Coote street and Jessop Street..

A covered walkway is proposed to be added along the front of the hotel, from Spago to the carpark.

The leisure centre is to get an extended entrance, and rooflights in the swimming pool area.

The hotel kitchens are also to be extended.

The hotel was bought last June 2015 for an undisclosed amount by hoteliers Colm and Anthony Neville, who also own the Riverside park hotel in Enniscorthy.

They were unavailable for comment on their plans for the hotel’s expansion.

The hotel was built by Laois developer Tommy Keane. It went into receivership in 2010 and went on the market in 2014 and was sold for an undisclosed amount.

In a statement at the time of their purchase, the Neville brothers said they were “expanding their brand and moving into the midland tourism market” by taking over the four star hotel.

The brothers already own the Royal Marine Hotel in Dun Laoghaire and the Riverside Park hotel in Enniscorthy.

“Even in the challenging period for the hospitality industry we see great potential for the group,” Colm Neville said at the time.

The planning application is due for a decision by Laois County Council by February 24. It is on the council's website www.laois.ie, planning reference 15547.