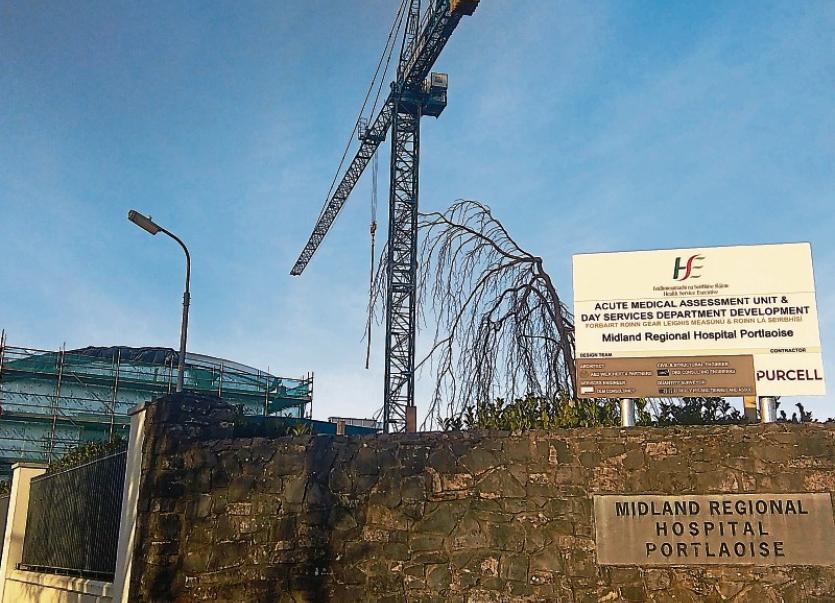 Senior doctors at Portlaoise hospital have begun the fightback against downgrade by warning HSE bosses that a plan to end round the clock A&E cover would be risky and not safe if implemented as outlined.

A letter sent by hospital consultants to Dublin/Midlands Hospital Group CEO Dr Susan O'Reilly effectively confirms that the A&E would shut. This in turn would lead to the loss of surgical and other key services.

The consultants claim A&E services will “cease” and on site surgical and intensive care back up will be “severely curtailed.”

The HSE plan an alternative but consultants believe it is unworkable. The model outlined involves two 24/7 medical assesment units - one for adults and one for children.

“We cannot support a model, where undifferentiated patients presenting for acute care, are soley managed and treated by medical teams who are neither Emergency Medicine nor surgically trained. This would not be a safe pathway for adults or hildren,” the letter states.

“This model does not provide for the risks inherent in acute clinical care and we wish to make it clear that the physicans and paediatricians at Midland Redional Hospital, Portlaoise do not support this model,” they say.

“We are committed to our community and would welcome the opportunity to meaningfully contribute to the formulation of a plan that would better meet its need for safe and effective acute care,” say the consultants.

Despite a refusal by the HSE to publish a plan for the hospital, consultants are aware that a 25-page document is already being discussed by doctors who are national clinical leads in hospital care. There is some hope this will stave of implementation. They also believe a plan for Portlaoise will be buried in another document that will reconfigure other hospitals in the Dublin/Midlands region. It is suspected that what is on the cards for Portlaoise could happen at similar sized hospitals nationally.

In a seperate letter, GPs also called for upgrade.

“We are aware that the status quo of an unresourced, understaffed ED cannot remain.

“The only solution is to upgrade, fully resource and staff the ED,” said a letter in this week's Leinster Expres.

The Dublin Midlands Hospital Group declined to confirm or deny what consultants outlined.