Two to cycle length of Ireland for Kolbe 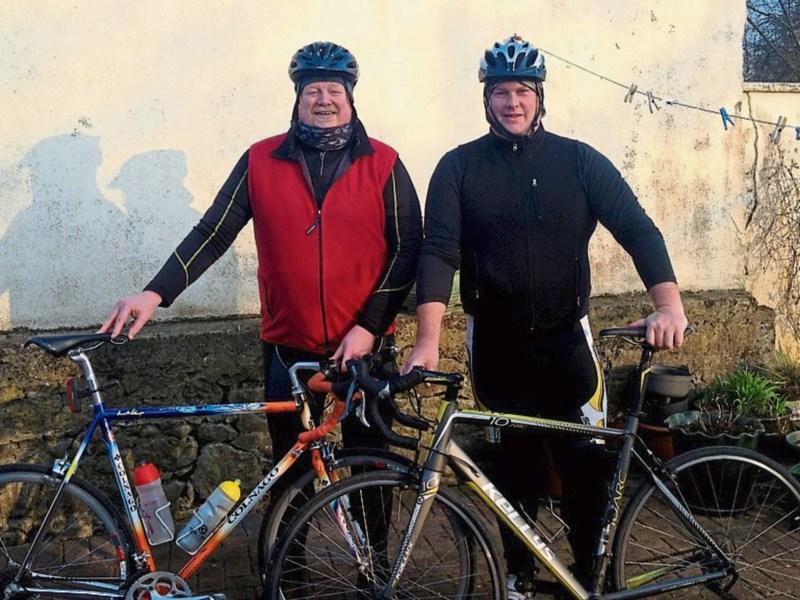 Two Portarlington friends are taking on a 700 km personalcycle challenge to raise money for Kolbe Special School in Portlaoise.

Pub owner Colin Finlay only took up cycling a year and half ago, but he has enlisted his customer and experienced cyclist Martyn Taig as his companion on the marathon fundraiser, from Mizen head in Cork to Malin Head at the top tip of the country.

“I hope to do the Wicklow 200 in May, that will be my first big challenge. Martyn has been cycling for 40 years, he has done lots of endurance cycles,” Colin said.

He hopes they can raise between €3,000 to €5,000 for Kolbe school in Portlaoise, which has 31pupils aged 4-18 with severe to profound learning disabilities or autism.

He chose the school because of his two nephews.

Adam Finlay was a pupil at Kolbe until he sadly passed away in 2012 aged 14.

His little brother Alex aged 10 is a pupil also.

“The money we raise is for whatever expense Kolbe see fit to spend it on. I don't mind. It's a good cause. It will improve lives,” said Colin.

They will cycle in late July, hoping for good weather.

At an overall distance of just under 700k, they hope to cover around 120 kilometres per day, travelling south to north, completing it within one week.

“We will start around 6am each day, it will be a tough route,” admitted Colin.

The route takes them through Bantry, Killarney, crossing the Shannon and continuing to Spanish Point up around Black Head and Galway to Headford, then to Sligo, LetterKenny then Malin Head.

Members of new club Portarlington Wheelers, they are already cycling 200 to 300 km a week in training.

“We h0pe to have a camper van for the week to sleep in. It will await us at each destination, and if something happens like a crash, we can be picked up and quickly brought to a hospital,” said Colin.

There are sponsorship cards available in the school, and in Finlay's Pub in Portarlington.

The public can also make an online donation via a link on their facebook page, Kolbe Special School Mizen to Malin Cycle.

Their brightly designed logo was done by Martyn, a children's book illustrator.

For more on Kolbe Special School, where a link is also available for a PayPal donation, see kolbespecialschool. weebly.com