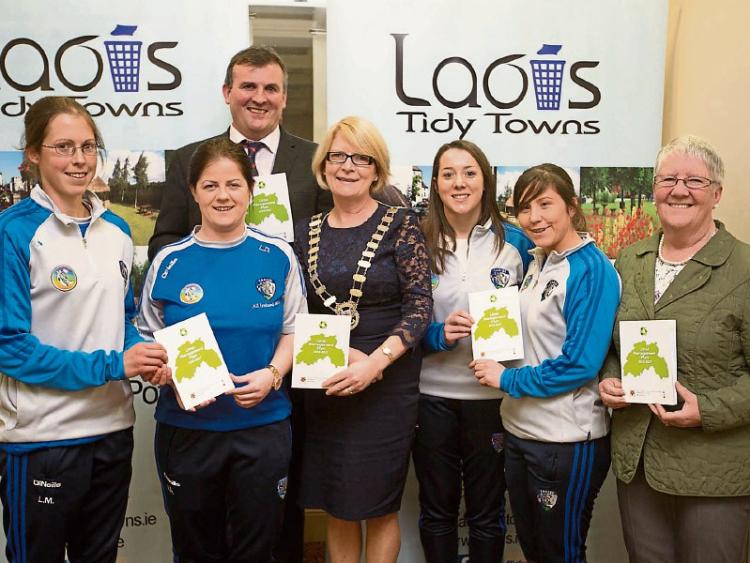 Never mind the banking crisis, of the housing crisis, the next serious problem to afflict Laois is the litter crisis, which is reaching such epidemic proportions it represents a plague on our society.

So said Laois County Councillors during their March meeting in County Hall, where it was revealed that there were 738 litter related complaints lodged and investigated last year, 256 fines issued, 46 prosecutions, 19 convictions, and six section 9 notices issued.

“It’s getting to be an epidemic now,” said Cllr Catherine Fitzgerald. “People out there are just going out at night and dumping.”

Remarking that it was a national issue, she suggested that dumpers should be named and shamed.

Cllr Tom Mulhall said that two bags of rubbish had been dumped opposite the golf club and GAA club at The Heath, and it was the same all over the country.

“There are only three litter wardens, it’s impossible to keep on top of what they have to do,” he said.

Cllr Jerry Lodge said a reality check was needed and quoted a report which said: “If Laois is the heart of the midlands, we must consider littering as clogging our arteries.”

“Laois must be on its last legs,” said Cllr Lodge, calling for more enforcement of legislation.

Cllr John Moran said that down his way, around Ballylinan, you could see lorries tipping stuff into laneways, with 50 black bags tipped on one occasion. He said fines for dumping were “ridiculous, they’re too small”.

Cllr John Joe Fennelly said that domestic rubbish being put in litter bins was a major problem in Abbeyleix, with two public bins being targeted on a regular basis.

Cllr John King suggested that there should be a means of paying at the landfill when you arrive, instead of having to get a keyfob for the facility. Cllr Willie Aird agreed, saying that the council needed to do something “to stop this plague on society”.

“It’s desperate, you’d want to see the stuff fired into fields, especially on match days,” he said. “People have no sense of civic pride about that.”

Cllr Mary Sweeney said it was horrendous that people would dump things by the side of the road. In relation to people dumping domestic waste in public bins, she suggested that perhaps wire could put put across the bins to prevent this.

“There are professional dumpers out there,” warned Cllr Paddy Bracken.

“We had the banking crisis, then the housing crisis, now we’re going into the litter crisis,” remarked Cllr Fitzgerald.