Flanagan urges people to reach out on Brexit vote 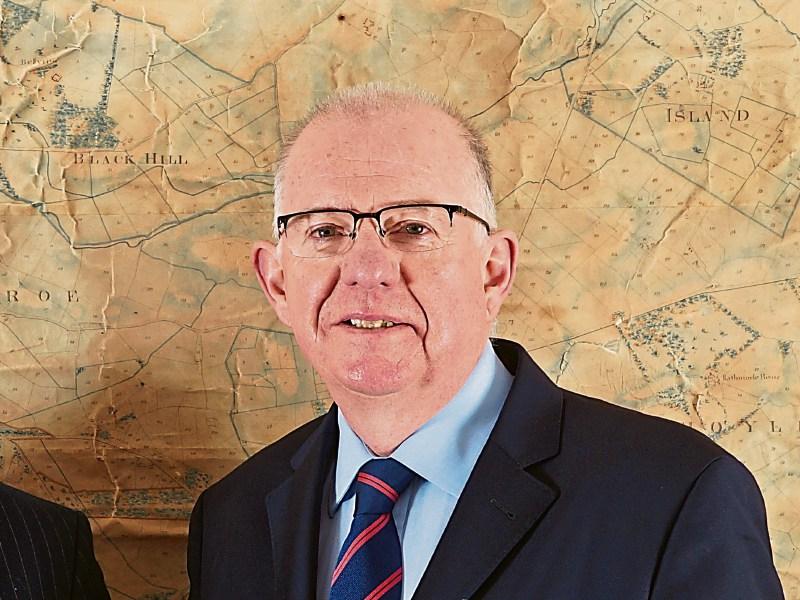 The Minister for Foreign Affairs and Trade, Charlie Flanagan has urged people to reach out to anyone they knew in the UK to give them the Irish perspective on the forthcoming Brexit referendum.

Minister Flanagan made his comments at a keynote address at the Institute of International and European Affairs (IIEA) Brexit Event conference on Thursday in the Aviva Stadium which explored the risks a 'Brexit' poses to business.

Focusing on the UK in the EU Minister Flanagan said the government's view is that “the effectiveness, the internal balance and credibility of the EU itself would be damaged by a British departure.

I prefer having their influence and voice as we seek to deliver concrete actions in favour of growth and jobs, such as trade agreements and the completion of the EU digital single market – urgent initiatives both highlighted in the UK settlement deal reached by the 28 EU leaders in February and strongly supported by Ireland. These are the building blocks of prosperity for all our citizens.

“As Minister for Foreign Affairs and Trade, I prefer to have the UK at the table on foreign policy issues. I see what my colleague Foreign Secretary Philip Hammond brings to the EU Foreign Affairs Council in terms of the UK’s global reach, its permanent membership of the UN Security Council and its expertise and influence on key strategic issues.

“My preference for continued UK membership of the EU is also informed by work we do together on areas which involve the daily lives of most of our own citizens.

“I am thinking, for example, of the role of the UK - and Ireland’s work with the UK - on the consular protection of citizens when travelling abroad.

“I could go on and mention other areas ranging from climate change, to the practical value of removing roaming charges, to hugely important issues such as the EU’s relations with the Middle East, Africa, Russia and the Union’s many other neighbours. In all cases, the UK’s active presence at the EU table is one we want to keep.

“In saying all this, what I am not saying is that the UK will magically become some sort of Europhile voice if it votes to remain in the EU. The distinctive and often questioning elements of the British voice would still be there, but its energy would be used constructively and positively to improve how the EU does its business.

“This is in ways a “preferendum” and not simply a referendum.

“In that context, the settlement agreed by EU leaders in February, in which the Taoiseach played a particularly important role, is crucial.

“If the UK votes to remain, it also endorses the terms of the deal which fundamentally recognises the need to improve the way in which the EU does business. For the Union to continue to deliver long-term growth and stability for our citizens, we must engage with this agenda in the period ahead.

“There are now 35 days left to polling day. The decision will in the end be in the hands of the UK electorate, having heard both sides.

“And as we know from our own referendums, a lot of people – especially those undecided – make up their minds closer to polling day and draw heavily on people they know and trust personally when making up their minds.

“That is where all of us can come in when talking to everyone we know who has a vote and who cares about the Irish and British-Irish dimensions to this debate. These people are at the core of the Irish stake in this issue – as a friend of the UK, as neighbours, as €62 billion a year trading partners and as partners in facilitating and supporting work to help secure peace and prosperity in Northern Ireland.

“So I urge each and every person to set themselves a target of talking to people they know – let’s say 20 friends/family/customers/partners/whoever.

“Some will know more than 20, some less, but if we each got to an average of 20, we would each be making a difference.

“Give them the Irish perspective and ask them to share the word.

“Let’s turn our attention in these final weeks away from ourselves and to the unconverted. The undecided. Those unsure if they’ll vote at all.

“Let’s join in efforts supported by European Movement Ireland and others to “phone a friend”. Let’s encourage people to register to vote by 7 June and to make their voice heard on 23 June, something that the independent Irish4Europe campaign in Britain is making a valuable contribution to.

“For my part, I am managing a targeted series of ministerial visits during these final weeks, so we can reach out directly, meet the Irish community and put forward the Irish and British-Irish dimensions to wider audiences.

“If the UK votes to leave the EU, we would enter uncharted waters. The negative knock-on effects have been highlighted by a range of independent research. The level of uncertainty overall cannot be underestimated.

“From an EU perspective, the Union as a whole would face two or more years of an unprecedented negotiation process – on the exit of a large and significant member state.

“Here in Ireland a huge amount of work is being undertaken across government to be ready to respond to either outcome. The importance of this issue was identified in 2014 in our National Risk Assessment.

“Government Departments have been working for some time to identify the key strategic and sectoral issues that could arise for us if the UK were to vote to leave the EU.

“We will continue to deepen our analysis of the risks and key issues that would require priority attention in the event of a UK vote to leave.

“And it will be actively managed in the event that it arises.

“There is already a clear framework in place for bilateral co-operation between the Irish and UK Governments under the Joint Statement which both the Taoiseach and Prime Minister Cameron signed in 2012.

“As part of this, for my part I have an excellent working relationship with my UK counterpart, Foreign Secretary Philip Hammond.

“Such bilateral engagement will continue, whatever the outcome of the UK referendum, but will become particularly important in the event of a vote by the UK to leave the EU.

“Ireland would have a range of national concerns and issues that we would wish to see addressed at EU or bilateral level in the context of a negotiated withdrawal by the UK.

“These include the operation of the Single Market and the effects on trade between us, the common travel area and energy interconnection between the islands.

“We must remember too that in the negotiations we would be one of twenty-seven Member States on the EU side, and that in matters of EU competence the scope for bilateral arrangements has to be seen in that light.

“We would nevertheless seek to emphasise the very particular relationship we have with the UK, including on Northern Ireland.

“That said, let me conclude by looking at the scenario which I strongly prefer – along with the vast majority of this room, I suspect – and that is a Remain outcome on 23 June.

“Here we have an opportunity as a renewed Union of 28 Member States, to move forward together in tackling the challenges that face us and our citizens.

“I sincerely hope that the EU remains a Union of 28 after the UK referendum on 23 June, and that the distinctive and valuable UK voice remains at the table.

“Let’s make the most of these five weeks before the UK referendum, and make our voices heard in this debate that is so important for Ireland, for Northern Ireland, for our relations with the UK and for the EU as a whole.