Laois Garden of Remembrance is opened at County Hall 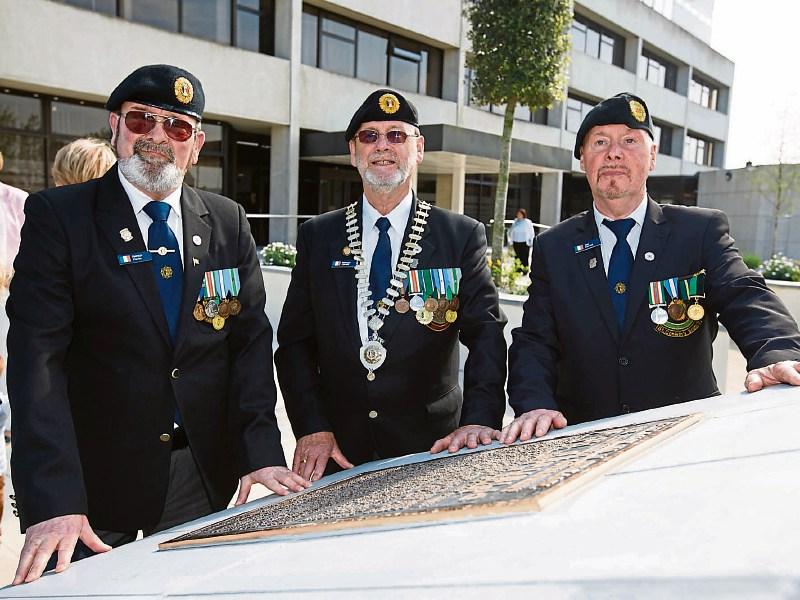 The role of the Laois Volunteers and the themes of the 2016 year of commemoration were highlighted at the official opening of the County Garden of Remembrance at County Hall last Thursday afternoon.

In his opening comments, John Mulholland, Chief Executive of Laois County Council acknowledged the role of elected members and their role in sustaining democratic government in Laois over the decades.

"We should not lose sight that at difficult times, particularly in the years from 1916 to 1922, local representatives managed to maintain a functioning local government system. That is a tribute to the people of Laois at that time.

In essence this garden commemorates the Laois Volunteers and James Fintan Lalor. It marks the development of our county and society over the last 100 years."

Minister of Foreign Affairs, Charlie Flanagan noted that the 35 centenary projects held to date across the county were indicative of the community spirit in Laois and the commemorations which had gripped the imagination of all generations."

Michael Reilly of the Ireland 2016 team noted the role of Catherine Casey who, he said, was a stalwart of the 1916 programme.

Eileen Foley, daughter of John Muldowney and niece of Patrick Muldowney, both of whom were active locally during Easter week 1916.

"The men and women of the Laois volunteers contributed significantly to the path of Irish independence,” she said. “This acknowledges their vision, commitment and courage as they lived and fought through this difficult time.

"My father never spoke about it or his time on the run, his involvement in the War of Independence and his subsequent imprisonment in Kilmainham. On his release and the signing of the Treaty he settled in Dublin and joined the Gardai.”

The garden was designed by the Laois Commemorations Committee working with landscape architects Austen Associationes.