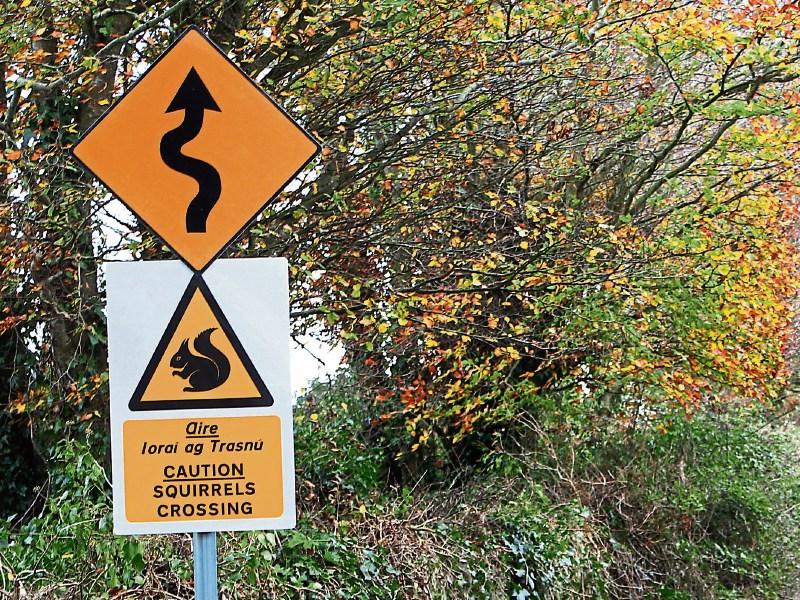 Drivers in Ballyfin are to be warned about squirrels crossing the road, in efforts to protect a growing population of native red squirrels.

The Laois Offaly branch of the Irish Wildlife Trust came up with the idea, after six dead young squirrels were found on the road beside the estate last year.

“We are asking drivers just to slow down. The signs will be similar to deer warning signs or otter crossing signs. Red squirrels are not a danger to cars, but they are a protected species and people should take the signs seriously,” said Ricky Whelan.

“It might be seen as a bit of a joke, but any publicity is good for wildlife as far as I'm concerned,” he said.

The private grounds of the five star Ballyfin Hotel have become an “unofficial reserve” for the red squirrel.

“Rehabilated red squirrels are being released there by Kildare Animal Foundation. The young squirrels disperse near the end of summer. We don't know the population as it is tricky to survey, but the six killed are only a portion of what crosses,” he said.

“The IWT Laois-Offaly Branch have identified a good red squirrel population in the woods around Ballyfin, and with all the twists and turns on the road there, road fatalities could make a real difference to the population. We were happy to sponsor the signs and our area office staff will help to put them up in suitable locations,” she said.

She wants the signs to raise awareness generally.

“The aim of the signs is twofold really, they alert drivers to the presence of vulnerable wildlife in the area and hopefully remind them to slow down and drive carefully, no bad thing in general,” Ms Casey said.

She hopes they will raise awareness too of threats faced by wildlife from traffic.

“We are hoping the signs will get people talking about wildlife, also no bad thing,” she said.

Similar signs were erected in Limerick last year after 15 young squirrels died in one season, with farmers also asking for rope bridges above the road to help them cross.

Red squirrels were almost wiped out in the midlands after the larger grey squirrel was released in Ireland.

The reds are making a comeback thanks to a growing population of pine martens, a protected predator that eats grey squirrels.